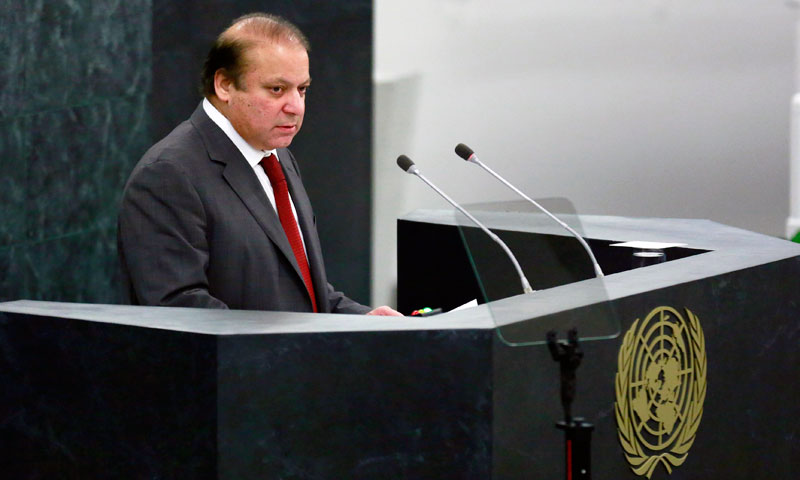 NEW YORK – Prime Minister Nawaz Sharif is addressing the United Nations General Assembly session, reported 92 News. In his address, the prime minister will speak in detail on Kashmir issue, Afghanistan situation and Pakistan’s role in the war against terrorism. He will talk about Indian unprovoked firing on the Line of Control (LoC) and Working Boundary. The prime minister will also plead for reforms in the United Nations to make it a more democratic institution accommodating views of all the states. He will oppose the proposal of addition of more permanent members to the Security Council.