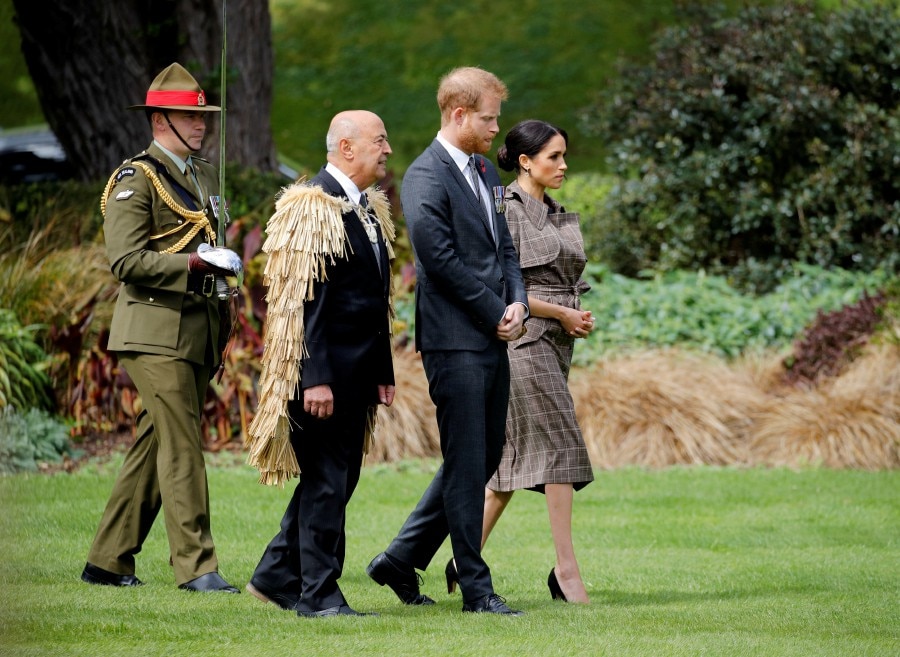 WELLINGTON (Reuters) - Prince Harry and wife Meghan arrived in New Zealand on Sunday for the final leg of their Pacific tour, their first international royal tour since marrying in May. The royal couple, who have already visited Australia, Fiji and Tonga, were received in the nation’s capital Wellington by Prime Minister Jacinda Ardern. The globally-popular Ardern marked her first year as the country’s leader earlier this week, having formed government through a coalition deal that followed an inconclusive election. In June, Ardern became only the second world leader, after Pakistan’s Benazir Bhutto in 1990, to give birth while in office. Harry and Meghan are expecting their first child next year. The royal couple flew from Australia on Sunday after closing the Invictus Games in Sydney last night and were accompanied by several Invictus Games athletes from New Zealand. The Invictus Games are an international paralympic-style competition for military personnel wounded in action that was founded by Harry. Meghan wore a brown checkered coat and a simple black dress, while Harry was in a dark grey suit. Both had remembrance poppy pins on their chests. On Sunday evening, the couple will attend a reception celebrating the 125th anniversary of women’s suffrage. New Zealand became the first country in the world where women could vote in parliamentary elections in 1893.