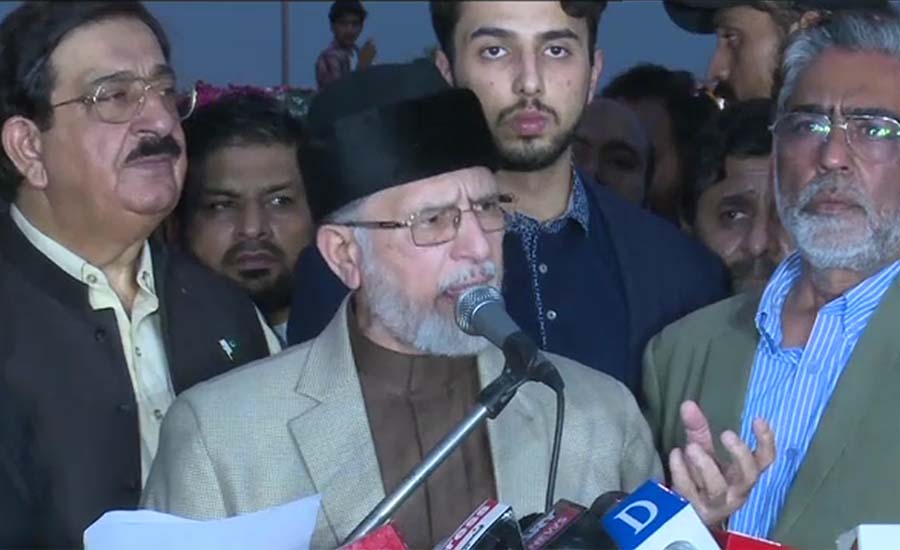 LAHORE (92 News) – Pakistan Awami Tehreek (PAT) Chairman Dr Tahirul Qadri predicted that a prison sentences are awaiting for former prime minister Nawaz Sharif. Speaking to media at Lahore Airport upon his return from Canada, he said that Sharif family will reach their logical reason very soon. He predicted that a prison sentence awaited Nawaz Sharif. Tahirul Qadri said that Nawaz Sharif started making political speeches in reply to the questions of the accountability court. He also said that the issues of Pakistan will not be resolved with the arrest of Sharif family members. “We also have to fight for justice for Model Town victims,” he said. The PAT leader said that Pakistan would not be able to solve its problems simply by arresting the Sharif family, and called for Shehbaz Sharif to be held accountable as well. He further said that the parliament’s decision to change the nomination papers for the upcoming elections stemmed from legislators’ dishonesty.