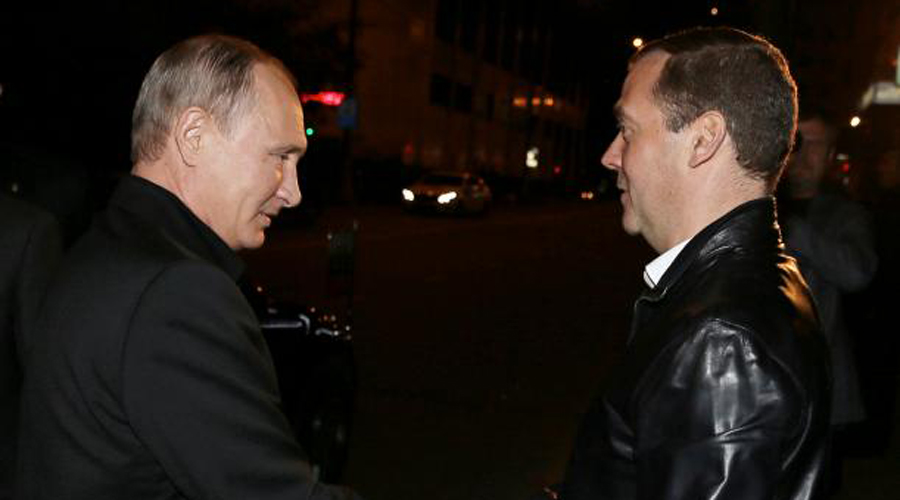 MOSCOW/UFA - Allies of Russian President Vladimir Putin comfortably won a parliamentary election, early results showed on Monday, but low turnout suggested a softening of enthusiasm for the ruling elite 18 months before the next presidential election. The ruling United Russia party won 51 percent in Sunday's election, according to a preliminary central election commission tally after a quarter of the votes had been counted. That would allow the party, which was founded by Putin and benefits from his popularity, to extend its dominance in the lower house of parliament, or Duma. An exit poll also had United Russia as the overwhelming winner. Putin, speaking to United Russia campaign staff a few minutes after polling stations closed on Sunday night, said the win showed voters still trusted the leadership despite an economic slowdown made worse by Western sanctions over Ukraine. Putin's aides are likely to use the result as a springboard for his own campaign for re-election in 2018, though he has not yet confirmed that he will seek another term. "We can say with certainty that the party has achieved a very good result; it's won," Putin said at the United Russia headquarters, where he arrived together with his ally, Dmitry Medvedev, who is prime minister and the party's leader. Alluding to the spluttering economy, which is forecast to shrink this year by at least 0.3 percent, Putin said: "We know that life is hard for people, there are lots of problems, lots of unresolved problems. Nevertheless, we have this result." Other parties trailed far behind United Russia. According to the incomplete official vote count, the populist LDPR party was in second place with 15.1 percent, the Communists were in third on 14.9 percent and the left-of-centre Just Russia party was fourth with 6.4 percent. All three of those parties tend to vote with United Russia on crunch issues in parliament, and avoid direct criticism of Putin. In the last election for the Duma, in 2011, United Russia won 49 percent of the vote. There were some reports of voting irregularities. Reuters reporters at one polling station in the Mordovia region of central Russia witnessed several people casting their ballot, then coming back later and voting again. Election chiefs said were was so far no evidence of large-scale cheating. After the last election, anger at ballot-rigging prompted large protests in Moscow, and the Kremlin will be anxious to avoid a repetition of that. TURNOUT DOWN Election officials said that as of 6 p.m. Moscow time, two hours before polling stations in the capital closed, turnout was 39.4 percent, substantially down on the 60 percent turnout at the last parliamentary election. There was some evidence of voter apathy during the day on Sunday as people went to polling stations across Russia's 11 times zones, stretching from the Pacific Ocean to the Baltic Sea. A taxi driver in Ufa, just over 1,350 km (840 miles) east of Moscow, told a Reuters reporter that voting "was like urinating into a blocked toilet." "Why bother?," said the man, who gave his first name as Ilysh. Yan Gaimaletdinov said he deliberately spoiled his ballot paper when he went to his local polling station in the village of Knyazevo, near Ufa. "I didn't vote for anyone: I don't play with assholes," he said. Commenting on the turnout, Putin, at the United Russia campaign HQ, said it was "not as high as we saw in previous election campaigns, but it is high." REFLECTED GLORY United Russia benefits from its association with 63-year-old Putin, who after 17 years in power as either president or prime minister, enjoys a personal approval rating of about 80 percent, opinion polls show. Most voters do not see any viable alternative to Putin and his allies, and they fear a return to the chaos and instability of the 1990s, the period immediately after the collapse of the Soviet Union, if his rule ends. Many voters are persuaded by the Kremlin narrative, frequently repeated on state TV, of the West using sanctions to try to wreck the economy in revenge for Moscow's seizure of Crimea, the Ukrainian region it annexed in 2014. Yevgeny Korsak, a 65-year-old pensioner in the city of Saransk, 600 km (375 miles) south-east of Moscow, said he had voted for United Russia "because it is strong and powerful." Putin has said it is too early to say if he will go for what would be a fourth presidential term in 2018. If he did and won, he would be in power until 2024, longer than Soviet leader Leonid Brezhnev, the longest-serving Soviet leader aside from Joseph Stalin. Liberal opposition politicians, the only group openly critical of Putin, failed to get over the five percent threshold needed for party representation in the Duma, the early results showed. Some of their candidates could still make it into parliament in constituency races. The election is the first time that voters in Crimea are helping decide the makeup of the Duma. That has angered the Ukrainian government and there were scuffles between Ukrainian nationalists and police outside the Russian embassy in Kiev on Sunday after a few nationalists tried to stop Russian citizens from voting there. -Reuters