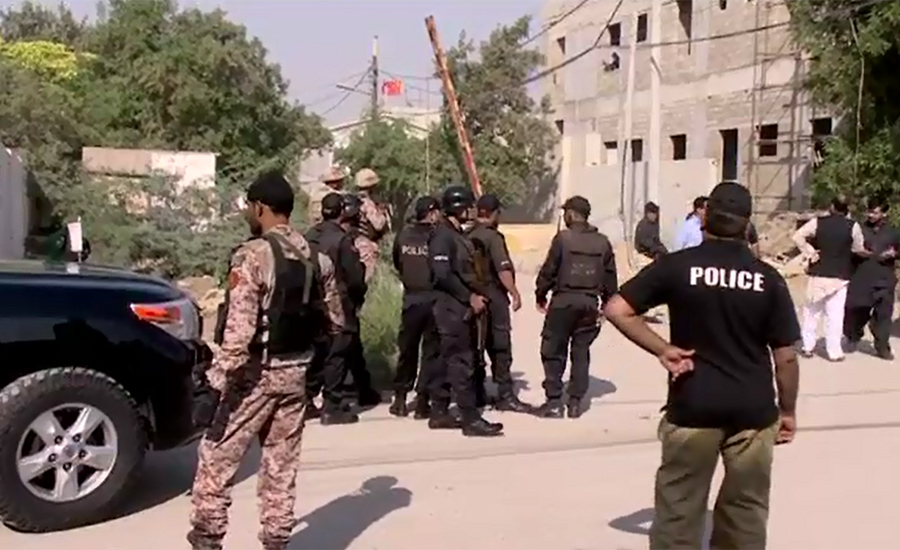 KARACHI (92 News) – Law enforcement agencies arrested three facilitators of the attack on the Chinese Consulate on Saturday. Sources said that a facilitator has been arrested from Shahdadpur. It has been revealed that the Indian secret agency operating in Afghanistan had provided funds for the attack. The terrorists had spied on the consulate two months ago. Sources said that local facilitators had played a key role in purchasing a vehicle and spying for terrorists. Investigators have completed the forensic examination of the vehicle used in the attack. They have obtained three finger prints which are being verified by the NADRA. Talking to the media, CTD In-charge Raja Umar Khatab said that they have received key information about terrorists. He said that explosive used in the attack was not indigenous. Commandant FC Moazzam Jah Ansari visited the Chinese consulate and reviewed security. He lauded the jawans for foiling the attack. Meanwhile, the case of attack on the Chinese Consulate has been registered on the complaint of the Boat Basin SHO. The sections of terrorism, murder and attempt to murder have been included in the FIR.