Problems exist due to govt’s incompetence, not debts: Shahid Khaqan 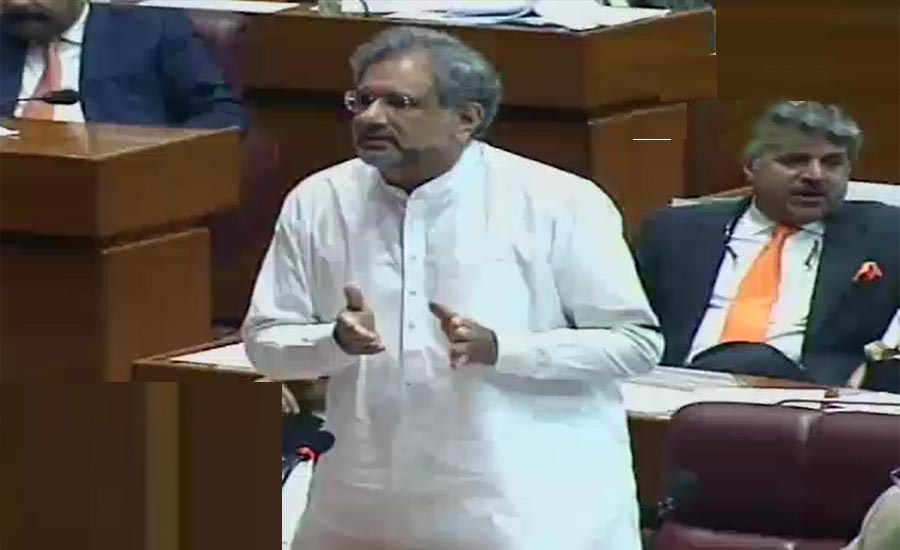 Problems exist due to govt’s incompetence, not debts: Shahid Khaqan

ISLAMABAD (92 News) – PML-N leader Shahid Khaqan Abbasi has said that the problems are due to incompetence of the government, not the debts. Speaking on the floor of the house on Friday, he said that the anti-people budget is the beginning of economic destruction. He also objected to the method adopted to get the Finance Bill passed. “It is wrong to say all sections should be read and understood,” he added. Opposition Leader in the National Assembly Shehbaz Sharif termed the Finance Bill 2019 as ‘IMF Loyalty Bill’. PML-N leader Ahsan Iqbal said that the ‘anti-growth’ budget would bring inflation and unemployment. “This is an anti-poor budget that will leave one million people jobless. A 20 percent decrease has been made in the education sector. No relief has been given to the poor,” he declared. He claimed that millions of rupees had been kept secret for the plane of the prime minister. PPP leader Raja Pervaiz Ashraf questioned about the steps taken by the government to increase the income of the people. “The performance of the PTI government is zero. One’s incompetence cannot be hid by levelling allegations against others,” he said.