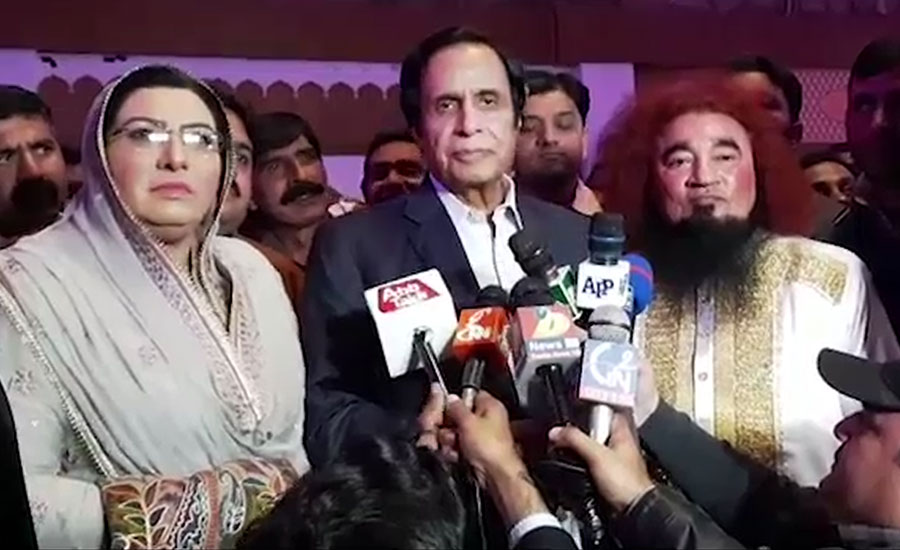 DASKA (92 News) – Punjab Assembly (PA) Speaker Pervez Elahi said that the production order existed in other assemblies but not included in PA’s legislation. The PA speaker attended the joint wedding ceremony of thirty couples in Daska. Pakistan Tehreek-e-Insaf (PTI) leader Firdous Ashiq Awan and other leaders were also present on the occasion. The strict security arrangements were made on the arrival of the speaker. Speaking to the journalists, Ch Pervez Elahi appreciated the initiatives to make joint weddings. Replying to the various questions, the speaker commented on the statement of Shehbaz Sharif about the nexus of NAB and the government, saying that which alliance or nexus was held during his tenure of the government. To another question related to protocol, Chaudhry Pervez said that no official vehicle is included in his protocol.