Protest against outages in Peshawar; shortfall surges to 4500MW 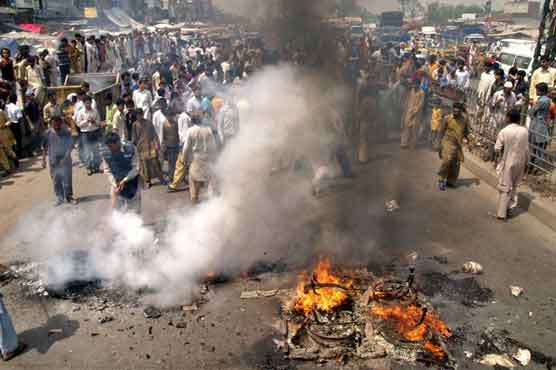 Protest against outages in Peshawar; shortfall surges to 4500MW

PESHAWAR (92 News) – Violent protest was held in Peshawar against unannounced and prolonged loadshedding. The tall claims of government to provide uninterepted electricity during Ramazan proved false. The agitated protesters attacked a petrol pump and general store and pelted stones and blocked the roads including Charsadda Road. The protesters set ablze tyres and chanted slogans against the government. Meanwhile, scuffle broke out between the driver and agitating protesters at Kohat Roat. On the other hand, the shortfall between demand and supply of electricity increased to 4,500 megawatts on Wednesday. 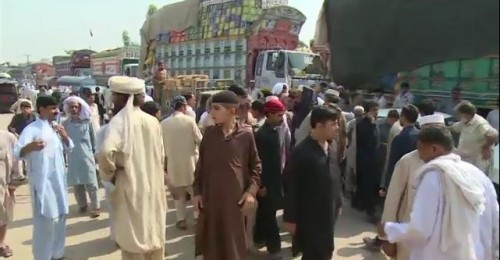