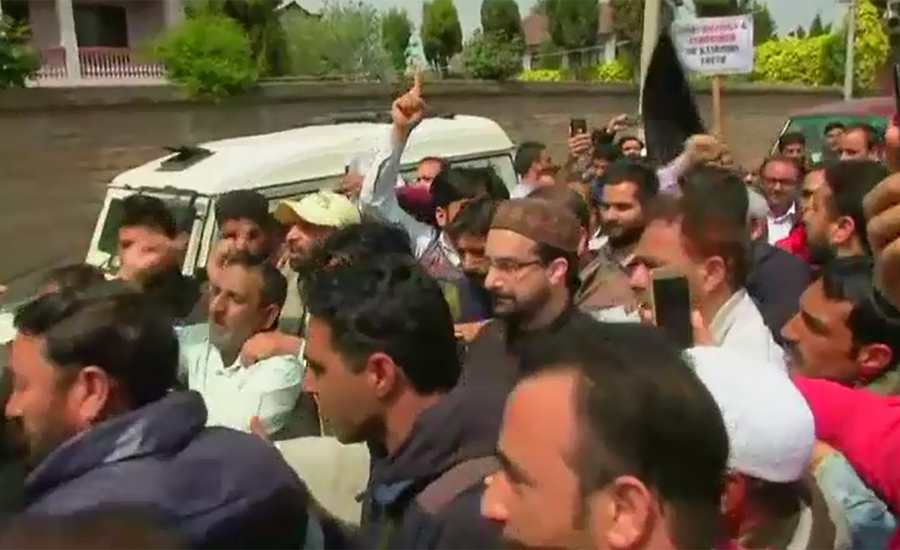 SRINAGAR (92 News) – Thousands of Kashmiris on Wednesday continued their march towards Shopian to protest Indian forces’ atrocities in Held Kashmir. Hurriyet leader Mirwaiz Umar Farooq was arrested as soon as he came out of his house. Syed Ali Gillani, too, is under house arrest. The number of martyrs in the Shopian violence, meanwhile, rose to 18 as another injured youth passed away. Protestors marched towards Shopian in response to a call given by resistant leadership. The administration has moved additional forces to the march rout. Train and internet services remain suspended. Dukhtaran-i-Millat chief Asiya Andrabi welcomed an announcement by the government of Pakistan to observe a Kashmir solidarity day on Friday. A complete shutdown was witnessed in Kashmir for the fourth day. The educational institutions remained shut and not a single vehicle plied the roads.