Protest held outside White House against Indian atrocities in Kashmir 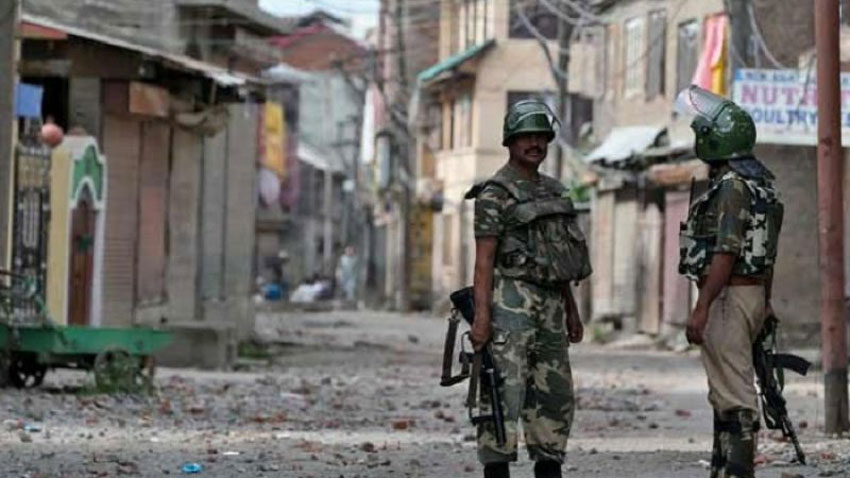 Protest held outside White House against Indian atrocities in Kashmir

WASHINGTON (92 News) – Protesters held outside the White House to condemn atrocities committed by the Indian forces in Indian-held Jammu Kashmir (IHK). According to the details, hundreds of Kashmiris and Pakistani overseas gathered outside the White House as Kashmiris call on world leaders and the United Nations (UN) to play their role in finding a lasting solution to the conflict The participants in protest raised slogans against Indian Prime Minister Narendra Modi and Indian barbarism in occupied Kashmir. They also urged US President Donald Trump to play his role to solve the solution of Kashmir issue. It was also reported that the demonstrators urged the United Nations to implement resolutions in Kashmir by chanting full-throat slogans against Indian atrocities in IOK. They urged the world leaders to play an active role in finding a lasting solution to the conflict.

On Sunday, Indian-occupied forces in its fresh act of state terrorism martyred five Kashmiris in Kulgam district. The troops killed the youth during a cordon and search operation in Kellam area of the district. The operation was jointly launched by Indian army’s 9 Rashtriya Rifles, Central Reserve Police Force and Special Operation Group of police. The troops also destroyed a house during the operation. The occupying forces have suspended internet and phone services in the district with train services being suspended in South Kashmir. Dozens were injured when troops fired pellets on protesters in the village, who were protesting against the operation and subsequent killing of the youth by the Indian forces in the area.

In Occupied Kahsmir, complete shutdown will be observed, tomorrow, to mark the martyrdom anniversary of prominent Kashmiri leader, Muhammad Maqbool Butt, who was hanged by Indian authorities in New Delhi’s Tihar Jail on 11th of February in 1984. Call for the strike has been given by Joint Resistance Leadership comprising Syed Ali Gilani, Mirwaiz Umar Farooq and Muhammad Yasin Malik. They have also called for protest demonstrations at Lal Chowk in Srinagar, tomorrow, to press for the return of mortal remains of these martyrs to their motherland for a proper burial. On the occasion, a memorandum will be sent to UN Secretary General, seeking intervention of the World Body to settle the Kashmir dispute. Meanwhile, on the call of Joint Resistance Leadership, special prayers were held in all main masajid of Occupied Kashmir today, for martyrs Muhammad Maqbool Butt and Muhammad Afzal Guru.