Protesters block roads against shortage of water in Karachi 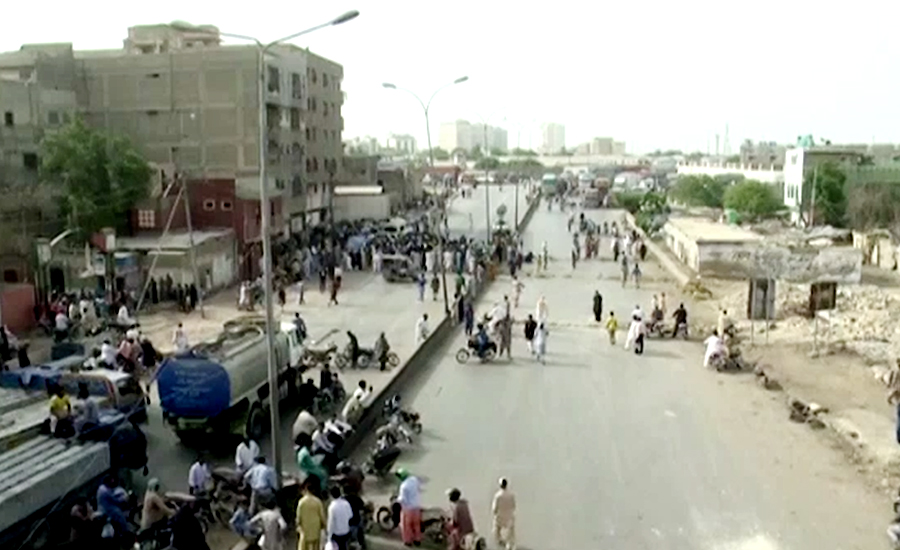 Protesters block roads against shortage of water in Karachi

KARACHI (92 News) – Enraged citizens on Monday staged protests against the shortage of water at Lyari area of Karachi. According to the reports, the protestors including women and children blocked the road in Maripur. The protesters blocked roads and chanted slogans against the water board. The residents demanded the authorities to resolve their issues and provide them the basic facilities. The locals also said that no government official has come in their areas despite lodging several complaints. Due to the blockage of road, the traffic suspended and long queue of vehicles on the road. However, two protestors among woman were fainted due to the scorching heat. The fainted protestors were shifted to the hospital.

Earlier, people continued to face water shortage. The water supply to Central and Western districts, Korangi and Layari was suspended.

People stood in long queues outside the water hydrant for waiting to acquire water. The tanker mafia is looting the citizens and they are charging prices of the water as per their desires.

People said that all the areas, including posh sectors, are without drinking water. “We are moving from pillar to post to get water, but to no avail.” The citizens complained that despite the tall claims and steps taken by the government, the situation could not improve.Water tankers were seen forming long queues at the hydrant, which entertains between 300 and 400 requests to provide water tankers. Minister for Local Bodies Saeed Ghani also seems to be helpless before the strong mafia. The main sources of water for Karachi are Keenjhar Lake (Indus River) and Hub Dam, from where water is pumped through three main bulk pumping stations located at Dhabeji, Gharo, and Hub.