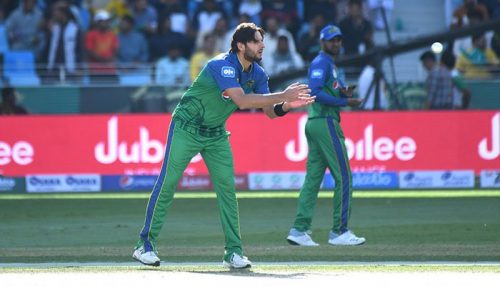 Liam Livingston was the first to depart being dismissed after exceptional innings of 82. The next wicket to fall was Colin Ingarm (1), followed by Babar Azam on 77. Chris Green picked up his third wicket when skipper Imad Wasim was sent back to the pavilion for 4 runs. Junaid Khan picked up the wickets of Sikander Raza (4) and Mohammad Rizwan (1). Earlier, Karachi Kings won the toss and elected to bat first against Multan Sultans in their first match in the fourth edition of the Pakistan Super League (PSL) at Dubai International Stadium. 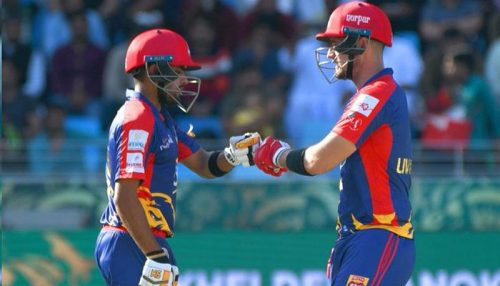 After losing the toss, Multan Sultans captain Shoaib Malik said: “I wanted to do the same but the toss is not in your hands. Russell arrived yesterday and we have a quite a few big players and PSL is growing every year and I think it is a great sign for our cricket. Andre Russell, Tom Moores, Laurie Evans and Chris Green are our four foreign players.” 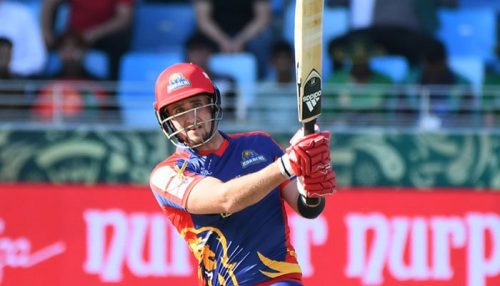 Earlier in the opening match of the fourth edition of Pakistan Super League (PSL) in Dubai, Asif Ali justified his reputation of a big hitter as he smashed a whirlwind 19-ball 36 with three sixes and two boundaries to guide defending champions Islamabad United to a five wicket win as Pakistan Super League kicked off in Dubai on Thursday. The 27-year-old, son of an Ironsmith from Faisalabad, wielded his bat like a hammer as Islamabad United chased down 172-run target with four balls to spare, with Faheem Ashraf sending the ball sailing over mid-wicket for the winning six. Pakistan opener Fakhar Zaman had lifted Lahore to 171-8 with a polished 44-ball 65 studded with three sixes and six boundaries while fellow opener Sohail Akhtar made 30-ball 37. Left-arm paceman Rahat li turned from hero to villian as Lahore Qalandars — having finished last in all three editions of the PSL — were brought back in the game with four wickets in his three overs for just 13 runs. But Asif smashed Rahat for two sixes in the 18th over to spoil his figures and snatched victory for Islamabad. Hussian Talat made 30-ball 37 with three fours and a six but Islamabad were in a spot of bother, needing 103 in the last ten overs. But Asif put them on the winning ways with some clean hitting. Islamabad captain Mohammad Sami praised Asif’s hitting prowess.