KARACHI (92 News) – The impressive Pakistan Super League (PSL) closing ceremony has been ended with spectacular performances by renowned Punjabi singer Abrarul Haq, famous singer Aima Baig, Film actor-cum singer Fawad Khan and others including Junoon stars on Sunday. Fakhre Alam, host for the evening welcomes the public to the closing ceremony of PSL 4 by delivering PM Imran Khan’s message of deliering solidarity with New Zealand's Christchurch victims. He announces and requests Pakistanis to stand up from their seats to mark a minute of silence for the victims of the mosque terror attacks in New Zealand. 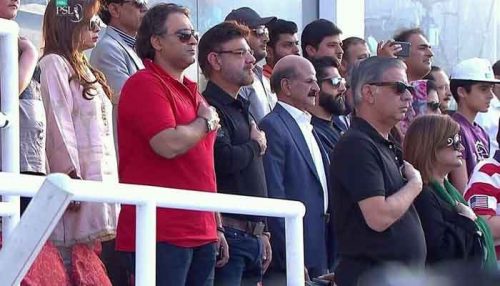 Thousands of cricket fans at the closing ceremony of the Pakistan Super League-4 observed one minute silence to honor the victim of Christchurch shooting which saw 50 people killed at the hands of a white supremacist on Friday. The ceremony is attended by Sheikh Rashid, CM Sindh Murad Ali Shah and many other bigwigs from all walks of life. The host goes on to give a warm welcome to PCB Chairman Ehsan Mani and CM Sindh Murad Ali Shah to the final PSL 4 match at National Stadium in Karachi. Ehsan Maani address the public: “Today Pakistan especially for Karachi it is a historic day as we are ready to host the final of PSL. The stadium is filled with more than 28,000 and has seen more than 200,000 thousand specators throughout the leg.” "I am grateful to the IG Police, CM Sindh, Karachi Police, DG Rangers, Home Secretary SIndh, organizing committee chairman." He goes on to thank the Prime Minister and the government of Sindh to make the event possible and successful. 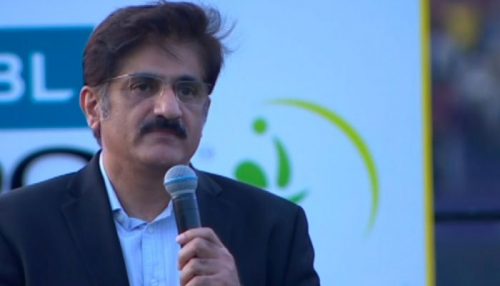 Addressing the ceremony, Sindh Chief Minister Murad Ali Shah started his address to the crowd by expressing his condolences to the families of the victims. He expressed the hope that international cricket would soon come to Pakistan. The chief minister also thanked the foreign players who came to Pakistan. He said whoever wins the trophy,Pakistan and Karachi will emerge as victorious. The Sindh Chief Minister charged the crowed with Pakistan Zindabad slogans. 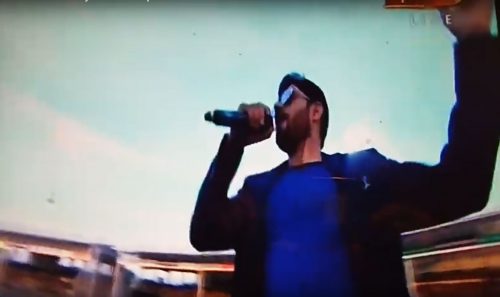 Abrarul Haq takes the stage singing his famous song 'Nach  Punjaban.' The National Stadium filled with cricket enthusiasts and dynamic spectators, swoons over the iconic singer's grooves. The singer gets off the stage and takes a round of the stadium   singing the song. The singer thanks the government and the forces and congratulates the public for the new wave of peace that has enveloped the country.  He urges the public to pray for his hospital Sahara that will be turning into a cancer hospital. Fakhre Alam welcomes Aima Baig on to the stage. 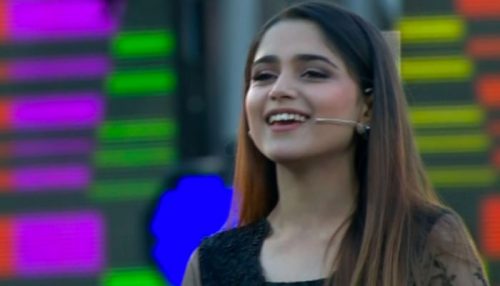 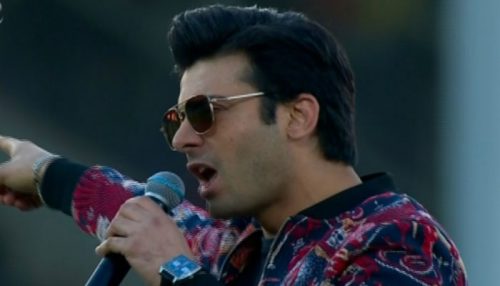 Fawad Khan took the stage to perform the PSL 2019 anthem. The acclaimed singer takes the stage to sing the anthem that has been echoing the country since the start of the tournament, uplifting and rejuvenating the cricket fans. He sings the anthem while roving about the stadium, while fans shake a leg over the catchy tune. Khan is dressed in black paired with a floral printed jacket and shades.

He thanks PSL and the public for making the tournament a massive success and being a fantastic audience. Fawad Khan invited co-stars from his upcoming film Maula Jutt as well as world-famous footballer Carles Puyal from Barcelona football league urging public to give him a 'big Pakistani welcome'. 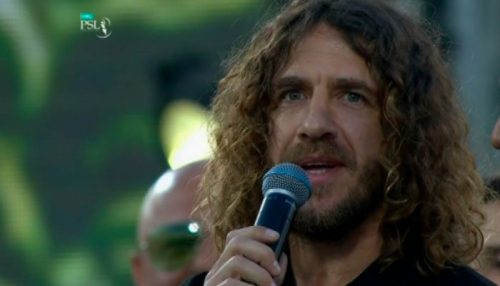 “Salam Pakistan,” Puyal, thanking the public for they welcome and urging fans to buy tickets. “Thank you Pakistan for this amazing welcome. People are every friendly. Before people only liked cricket but now I saw that people like football as well,” he stated before getting off the stage. Fakhre Alam now brings on stage the legendary Pakistani sufi-rock band Junoon. 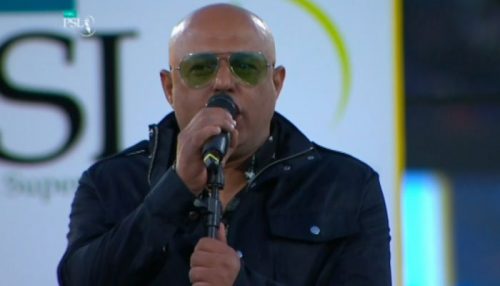 Junoon starts off with the song 'Zamane K Andaz' as the audience grooves over the classic tune . Ali Azmat, Brian O'Connell and Salman Ahmed energize the spectators with their next song,  'Khudi'. Pakistan Naval Chief Zafar Mahmood Abbasi is spotted enjoying as Junoon rocks the stage. The rock band is now singing their legendary song 'Sayonee.' The crowd's spirits are uplifted as the group sings 'Dil Dil Pakistan' unleashing a wave of excitement among spectators. Fakhre Alam gives a round of applause to all the overseas players and staff that came to Pakistan to make this tournament successful. Pakistan flags wavering all around the arena as Karachiites are ecstatic to have cricket back home. “Whoever wins, just remember the victory is of Pakistan,” he states. The glitzy and glittering, star-studded closing ceremony concluded with the entire stadium chanting “Pakistan Zindabad”. The transmission will return with the pitch reports, predictions and the toss as the final face-off between Quetta Gladiators and Peshawar Zalmi comes close. https://92newshd.tv/aima-baig-abrar-fawad-others-to-perform-at-psl-closing-ceremony/#.XI5K1aBS91Q

📣📣📣 Unveiling the artist lineup for the #HBLPSL 2019 closing ceremony. Karachi be ready for #KhelDeewanoKa. pic.twitter.com/WPNQEFI3se