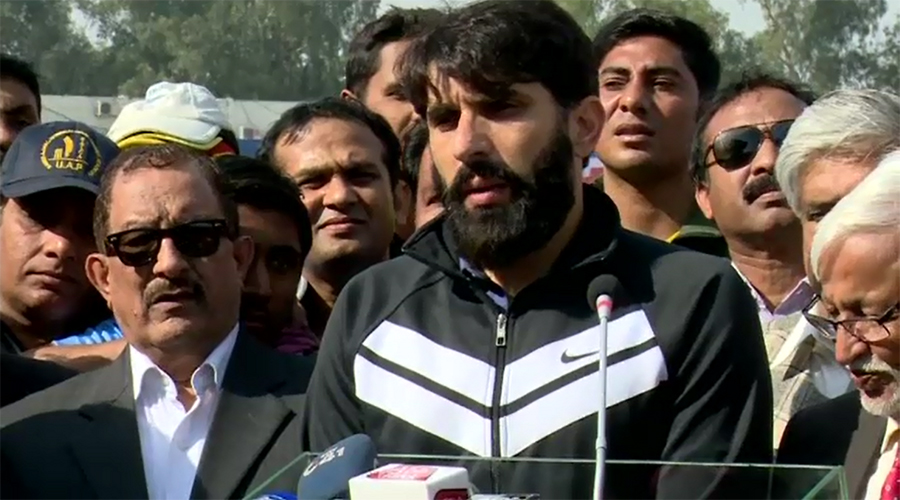 FAISALABAD (92 News) – Misbahul Haq has said that the Pakistan Super League is the most important event in the domestic cricket. Talking to the media during the inaugural match of domestic cricket at Iqbal Stadium on Wednesday, he said that PSL would give new players an opportunity to advance; however, there is no possibility of a big change. “Every player can show good game in Pakistan, but one has to work hard to display performance in foreign countries,” he said. To a question about a change in captaincy, he said that people’s attitude is variable. “After playing a good game for six years, a player is strongly criticized for showing bad performance in a few matches,” he maintained. Saeed Ajmal said that he is working hard for his comeback to the team. “I will soon stage a comeback by improving performance,” he said.