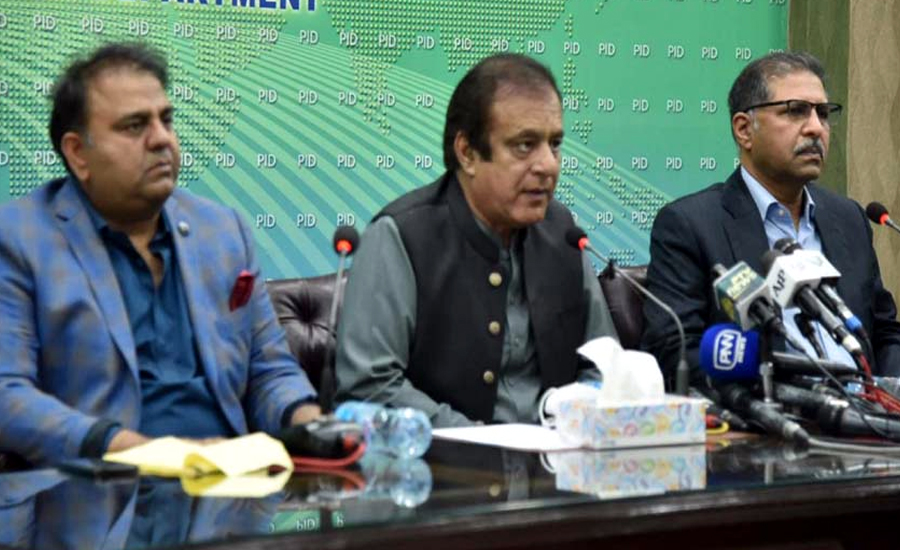 ISLAMABAD (92 News) – Minister for Information and Broadcasting Shibli Faraz has expressed the hope that Prime Minister Imran Khan will easily get vote of confidence from the National Assembly.

Talking to news men after meeting of the parliamentary party of Pakistan Tehrik-e-Insaf and its allies in Islamabad, he said all members present in the meeting reposed their trust in the leadership of Imran Khan, which will be demonstrated in the parliament as well.

Shibli Faraz said it is unfortunate that PML-N and the PPP nurtured the politics of money and corruption in the politics, which also adversely affected the morality of the nation.

He said Imran Khan believes in politics of morality instead of power and our party took practical steps to eliminate the culture of use of money from the politics.

Speaking on the occasion, Minister for Science and Technology Chaudhry Fawad Hussain said a new chapter of Pakistani politics is going to begin from today as a result of Prime Minister Imran Khan's courageous step of seeking trust vote from the National Assembly.

He said Prime Minister Imran Khan and Pakistan Tehrik-e-Insaf fully respect all the state institutions, including the Election Commission of Pakistan.

Fawad Chaudhry said it is joint responsibility of the government and the Election Commission to evolve a mechanism to ensure transparency in the polling process.

He said transparency in elections is the pillar of Pakistan Tehrik-e-Insaf's policy.