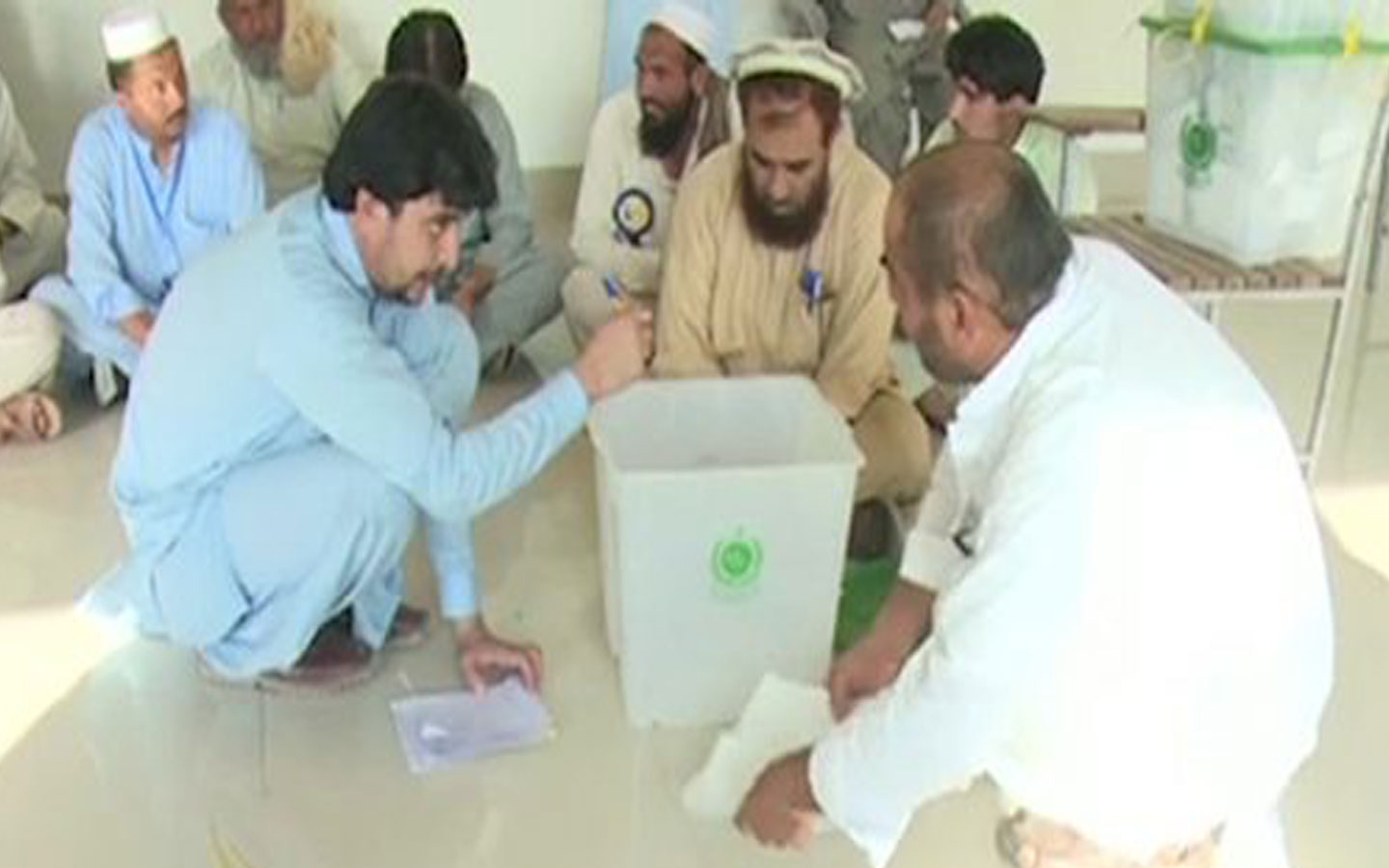 PESHAWAR (92 News) – Ruling Pakistan Tehreek-e-Insaf (PTI) has bagged five seats while independent candidates secured six seats in the first-ever elections held for seven tribal districts of Khyber Pakhtunkhwa provincial assembly, says Election Commission of Pakistan (ECP). According to the ECP confirmed polling results of all 16 constituencies, Jamiat Ulema-e-Islam-Fazl (JUI-F) secured three, Awami National Party (ANP) and Jamat-e-Islami (JI) got one seat each. The voters of winning candidates took to streets to celebrate victory and danced to the tune of drums. The polling time in defunct Federal Administered Tribal Areas (FATA) concluded on Saturday at 5pm. The votes count took place in 16 constituencies of the tribal areas of the Khyber Pakhtunkhwa Assembly. According to unofficial results, ANP ‘s candidate was declared successful in PK-103, while independent candidates won the seats from PK-105 and 106. Independent candidates are leading in several constituencies. The people present in the polling stations will be able to cast their votes. The voters actively participated in the election process. Long queues of voters, including women, were seen at the polling stations. Stringent security arrangements had been made on the occasion. As many as 285 candidates, including two women, are in run. 83 candidates are contesting election from different political parties while 201 are independents. Earlier, activists of two independent candidates clashed with each other outside Girls High School in Landi Kotal. Security forces intervened into the matter. According to the control room of the Election Commission of Pakistan (ECP), no violence has been reported so far. Several political parties including Pakistan Tehreek-i-Insaaf (PTI) and dozens of independent candidates, a good number of them are young people, are contesting elections that will attain the status of history in the tribal belt of KP. Meanwhile, British Higher Commissioner to Pakistan Thomas Drew has expressed his best wishes to the people belonging to newly-merged districts (formerly FATA) of KP. https://www.youtube.com/watch?v=0rUAMB0d7Z0