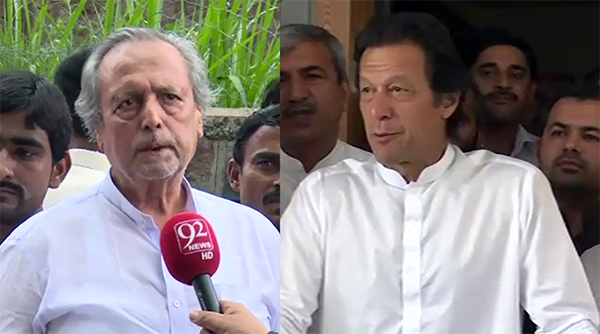 ISLAMABAD (92 News) – Pakistan Tehreek-e-Insaf chairman Imran Khan has suspended the party membership of Justice (r) Wajihuddin on Wednesday. As per details, the party membership of chief election commissioner of the Pakistan Tehreek-e-Insaf’s intra-party elections was suspended for publicising the party’s affair on media. Earlier, Imran Khan warned PTI members that membership of party leaders criticising the party’s policies on media would be suspended. On the other hand, Justice (r) Wajihuddin said that he did not receive any notice from the party chief Imran Khan, adding that he will make further plans after receiving notice.