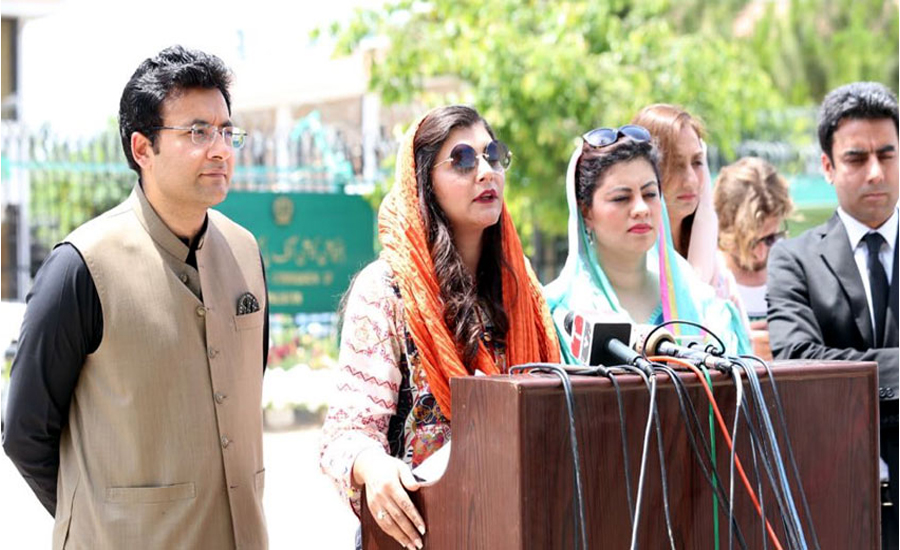 ISLAMABAD (92 News) – The Pakistan Tehreek-e-Insaf (PTI) has submitted an application to the Election Commission of Pakistan (ECP), challenging the appointment of Maryam Nawaz as PML-N vice-president. The application, filed by Farrukh Habib, Maleeka Bukhari, Kanwal Shauzab and Javera Zafar, stated that appointment of Maryam Nawaz as PML-N vice president is contrary to the constitution and law. It said that Maryam Nawaz has been declared disqualified for any political or public office. It prayed to the ECP to nullify her appointment as PML-N vice-president. Later talking to the media outside the Election Commission office, Maleeka Bukhari said any party position to Maryam Nawaz is violation of Articles 62 and 63 of the Constitution as she is a convict. Farrukh Habib said that the PTI would continue its efforts for ensuring supremacy of the constitution in the country and it would not let anyone usurp people's rights. He declared Maryam Nawaz and Bilawal Bhutto as test tube leaders. “There is dearth of leadership in the PML-N. Kanwal Shauzab said that there was democracy in the country and no one would be allowed to violate the Constitution.