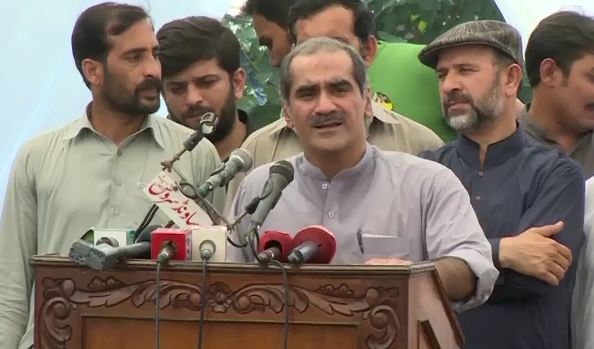 LAHORE (92 News) – Federal Railway Minister Khawaja Saad Rafiq has on Wednesday said that the Pakistan Tehreek-e-Insaf chairman Imran Khan is not letting the government work. Addressing a rally in Lahore on Wednesday, he said that the aim of the PTI chief is to stop government from working, adding that on one side there is a team of people who only level allegations, while on the other hand, everyone can see the development works done by the government. Addressing the rally, Sardar Ayaz Sadiq said that their rivals will have to face defeat, adding that the PTI chairman would be responsible if we lose Chinese investment because of sit-ins. The PML-N leadership criticizes the PTI appealed to the people to reject politics of sit-ins and give vote to the PML-N leader.