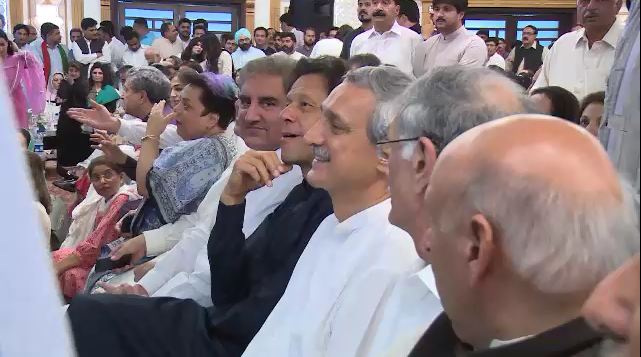 ISLAMABAD (92 News) – Pakistan Tehreek-e-Insaf chairman Imran Khan on Sunday rejected the impression that his party staged sit-ins on the directions of Inter-Service Intelligence (ISI) and he is not stupid that anyone can take him anywhere. A meeting of the PTI’s National Council meeting was held in Islamabad on Sunday after the Judicial Commission’s report and reports of internal strife in the party comprising leaders from all over the country. Addressing the meeting, PTI chairman Imran Khan said that he is not Nawaz Sharif, who was raised by Ziaul Haq. Imran Khan defended the party leaders, whom Justice (r) Wajih requested to be expelled from the party. Praising Pervaiz Khattak, Jahangir Tareen and Aleem Khan, he rejected the allegation of using Jahangir Tareen’s plane, adding that he would not have entered in the politics if he is greedy. The PTI chairman said that they worked with the former president Pervez Musharraf because he had raised the slogan of accountability. He said that party’s central executive members misbehaved with him after party defeat in 2002 elections, adding that he would have beaten them, if it had been a cricket match. He said that he had to sell his car, plot and medals to pay his debt after 2002 elections. Commenting on the MQM’s de-seating motion, Khan said that the MQM is afraid of the PTI that is why they are talking about de-seating. 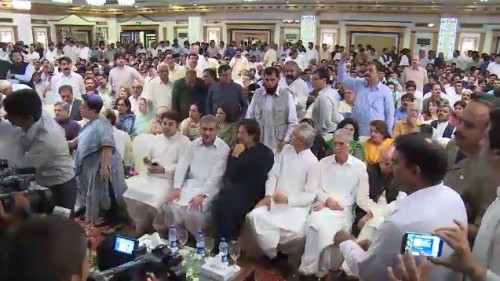