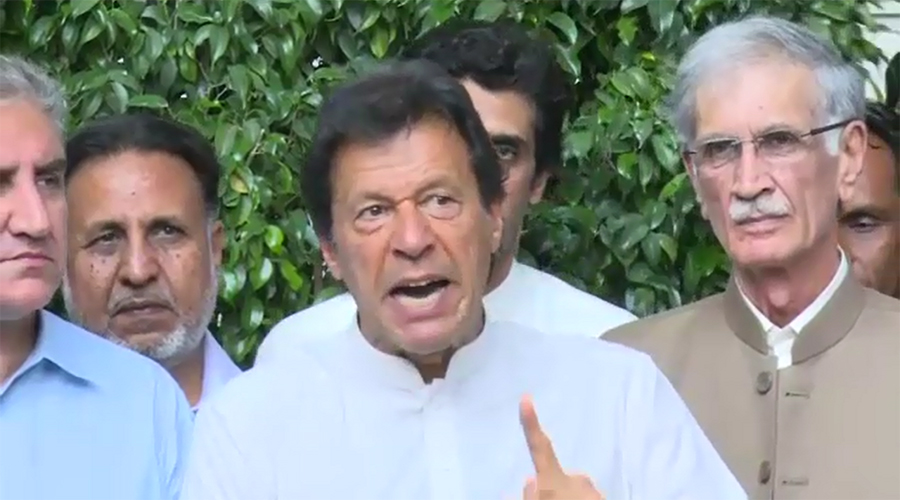 ISLAMABAD (92 News) – The Pakistan Tehreek-e-Insaf (PTI) has decided to launch a countrywide movement against the government from August 7. The decision was made in a meeting led by PTI chairman Imran Khan on Wednesday. Addressing the meeting, PTI chairman Imran Khan said that committees would be formed with regard to the protest. He said that the fight against the government would continue at each front. “People criticizing the party should leave it,” he said. Imran Khan said that his 20-year struggle was not for the martial law. He claimed that the PTI is the biggest party in the country. “Hosni Mubarik will continue to be PM if democratic institutions are weak,” he said. Imran Khan said that all parties will launch their movements, but they would start the movement separately. “The movement will not be launched through the sit-in. We are with the opposition parties over the ToRs issue,” he maintained. He said that the N-League had made the people jobless. He asked the three million members to donate Rs 100 each for the party. “We need money for the movement. We will bring the real democracy. It will not stop, but continue changing,” he announced. The PTI chairman said that they would stop the movement if a commission is formed under the Supreme Court. “There will be real democracy if the leadership will be answerable to the masses. All parties have decided that Nawaz Sharif will have to be answerable,” he said. He said that the NAB should be closed because corruption is increasing owing to it. “The NAB is arresting small people.” Imran Khan announced that they would stage protest outside the NAB office on July 25.