PTI had promised to put all dacoits behind bars: Fawad Ch 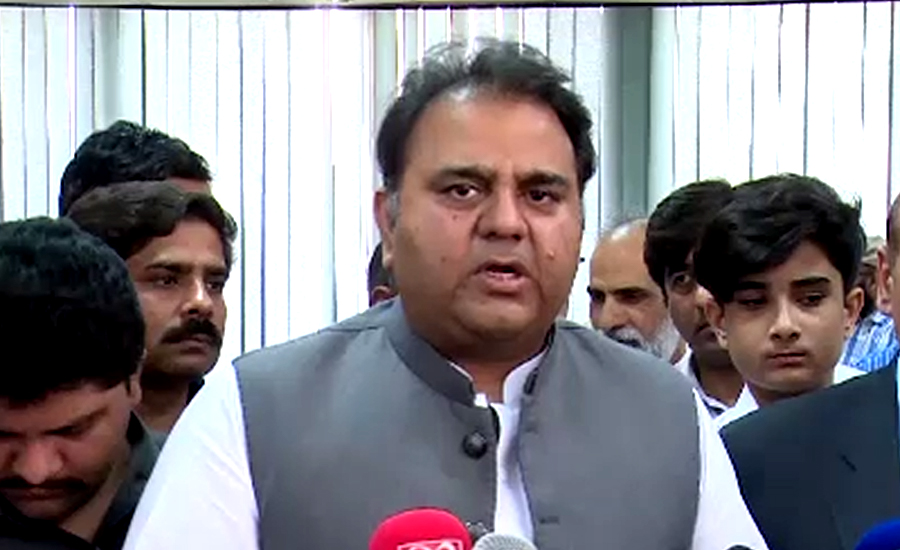 PTI had promised to put all dacoits behind bars: Fawad Ch

FAISALABAD (92 News) – Federal Minister for Science and Technology Fawad Ch said that the Pakistan Tehreek-e-Insaf (PTI) had promised to put all dacoits behind the bars. Talking to the media after visiting a science centre on Jail Road on Saturday, he said that the PTI had made the second promise to get money back from dacoits and work on it was underway. “A half of the opposition is in jail and others will also go to jail,” he declared. The minister said that the House is turned into a fish market whenever the prime minister visits. “The opposition has no people to make tea at him. How will it bring the people out?” he questioned. Fawad Ch said that it was equal responsibility of the government and the opposition to run the House. About the production order of Asif Zardari, he said that only Asad Qaisar could tell about it. The minister hoped that the government will get the budget succeed easily. Later, he also visited different departments of the Agriculture University. He also announced to form a task force on agriculture. Speaking on the occasion, Fawad Ch said that Agriculture University is the biggest science centre in Asia. “We will collect the research being conducted by all universities,” he announced. The minister said that an amount of Rs43 billion has been allocated in the history first time, which would be used in the most beneficial method.