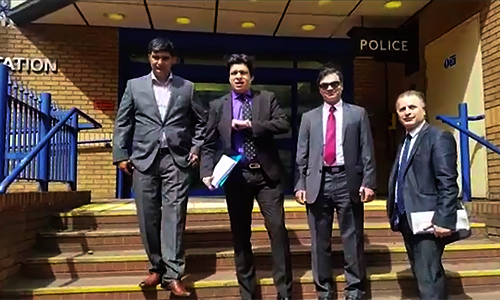 LONDON (92 News) – PTI leader Faisal Vawda met the London police and handed it over six documents and videos against MQM chief Altaf Hussain on Monday. Earlier, he with his lawyers’ team met the Scotland Yard Special Investigation Unit in-charge. The documentary proofs relate to the Baldia Town tragedy, provocative speeches and links of crimes in Karachi with London. The PTI leader said that he would soon succeed in getting the red warrants of Altaf Hussain issued. “We will not rest till action against Altaf Hussain,” he said. Faisal Vawda said that the Pakistani community in London had not participated in the protest despite the appeal of Altaf Hussain. “As a result, the MQM had to postpone the demonstration against the PTI. However, the PTI will continue the protest till legal action against Altaf Hussain,” he said.