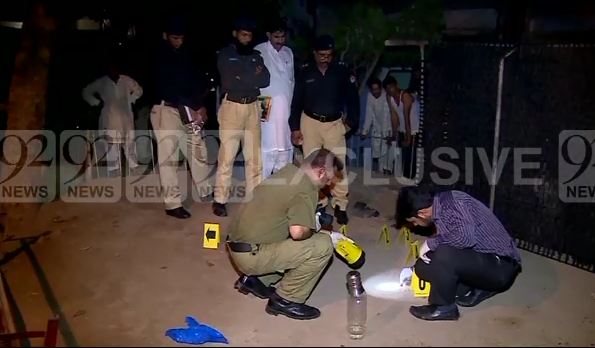 LAHORE (92 News) – Pakistan Tehreek-e-Insaf candidate for General Councilor in the local government elections Abdul Ghaffar was killed on Wednesday during his campaign in Garhi Shahu area. As per details, the PTI candidate Chaudhry Abdul Ghaffar Gujjar was campaigning for LG polls near his house when the rivals opened firing, killing Ghaffar on the spot and injuring his brother. The heirs of the deceased PTI candidate accused Pakistan Muslim League-Nawaz candidate for the killing. The workers staged the protest in the area after the killing. Police shifted the body to hospital for autopsy.