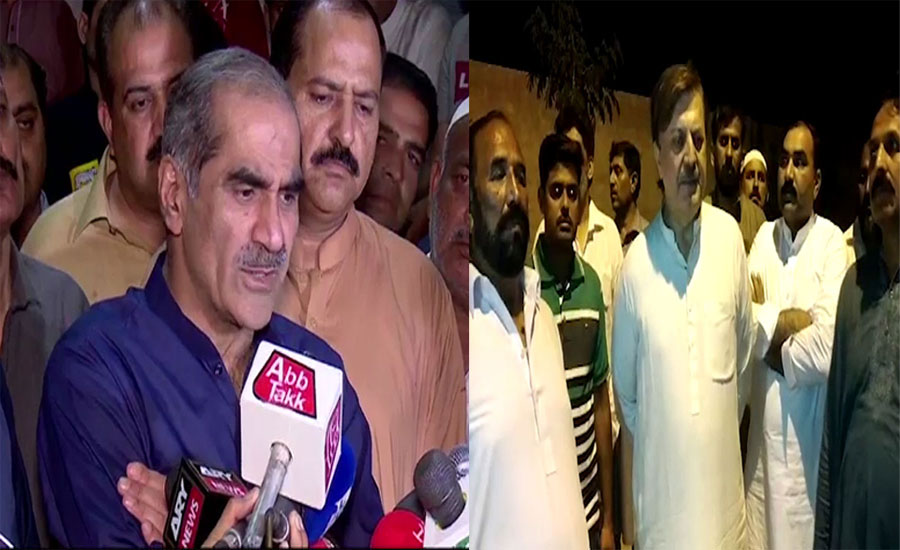 LAHORE (92 News) – A clash between the Pakistan Tehreek-e-Insaf (PTI) and the Pakistan Muslim League-N (PML-N) workers left several injured. The PTI and the PML-N workers came face to face when PML-N leader Khawaja Saad Rafique was holding a corner meeting in Lahore’s NA-131 constituency. Saad is a candidate for the upcoming by-elections on October 14. Following the incident, representatives from both the parties lodged a complaint in Factory Area Police Station. The clash was happened at Chuni Amer Sadhu area during the corner meeting of the PML-N. The PML-N alleged on the PTI supporters for the clash. Talking to the journalists, Khawaja Saad claimed that the ten PTI workers armed with the club attacked on the PML-N supporters. He said that they created violence on the workers, adding that Jan Muhammad known as ‘Janaa’, is already renowned for fighting, was conspirator of this attack. Saad claimed that Jan was involved in criminal activities and used the shoulders of influential political leaders. The senior PML-N leader also urged PTI’s leadership to take action against such ‘goons’. On the other hand, PTI leader Humayun Akhtar Khan rubbished PML-N claims and said the opposition party was indulging in mudslinging prior to the upcoming by-elections. He adopted a stance in his application that Saad along with his workers attacked on the PTI supporters. Meanwhile, the police the investigations will begin after they get the medical reports of the people injured in the clash. The police said that the process of investigation is underway and the facts will be revealed related to the clash incident after getting CCTV footage. Saad Rafique is contesting from the NA-131 constituency for the upcoming by-polls on whereas PTI has chosen Humayun Akhtar Khan as the candidate for the seat. The by-election is going to be held on October 14. The NA-131 seat was left vacant after Prime Minister Imran Khan gave it up.