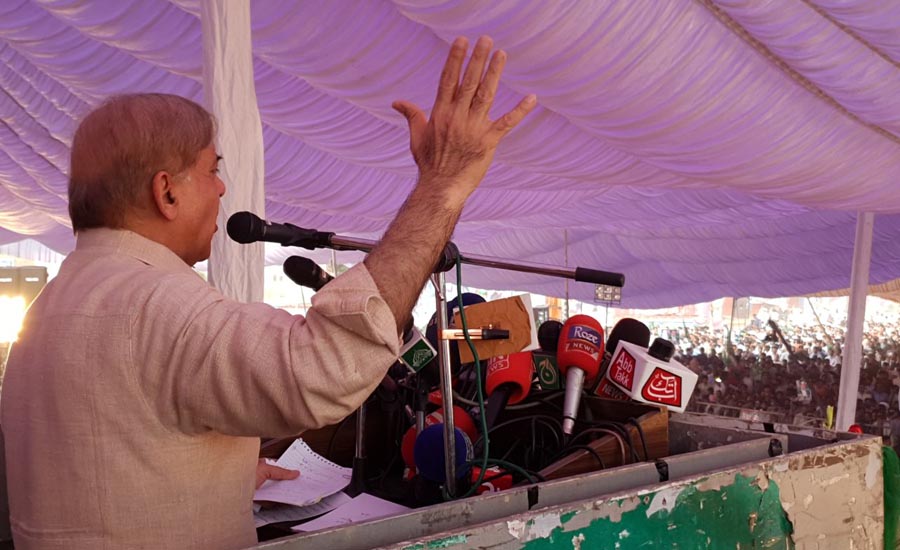 KAMALIA (92 News) – Punjab Chief Minister and Pakistan Muslim League-Nawaz (PML-N) president Shehbaz Sharif on Sunday said that the politics of Pakistan Tehreek-e-Insaf (PTI) is the politics of lies and propaganda which would be buried in the upcoming general elections. Addressing charged crowd in Kamalia on Sunday, he said that Imran Khan who made tall claims and called former president Asif Ali Zardari a corrupt, voted for Pakistan Peoples’s Party (PPP) in the Senate elections, adding that who the PTI chairman was making fool. Shehbaz said that the PPP chairman Bilawal Bhutto Zardari had openly announced that the Khan voted for his party. “We will bury the PTI’s politics of lies and propaganda in the upcoming general elections,” he said. Praising his government’s performance, the PML-N president went on to say that he served the country tirelessly, adding that the farmers have been given loans for the first time in the history of the country. Commenting on the loadshedding, the Punjab CM said that there was 20 to 22 hours load shedding in the country in 2013, while now thousands of megawatt was being generated.