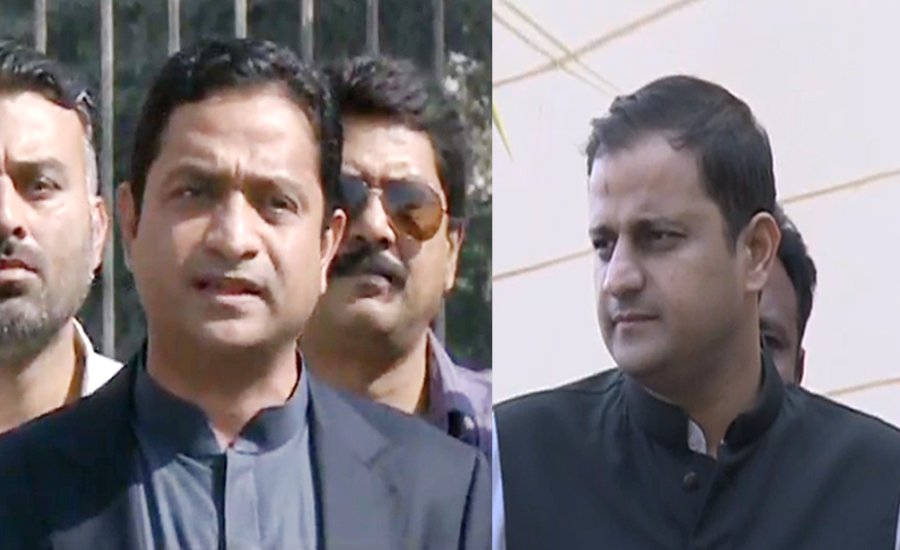 KARACHI (92 News) – PTI lawmaker Khurram Sher Zaman has held Sindh Chief Minister Syed Murad Ali Shah responsible for all problems. Talking to the media on Wednesday, he demanded that Murad Ali Shah should resign. “It is responsibility of the PTI to raise voice over the public issues,” he said. He said that the PTI would not allow them to work if they adopted the same attitude. “We have come to awake them as Sindh government is not possible anywhere,” he said. The PTI leader said that the people are starving and the education is facing the worst condition. “People are getting medicines. We have to bring the Sindh province out of the stone age,” he said. Reacting to the statement of Khurram Sher Zaman, Sindh Adviser on Information Murtaza Wahab said that the PTI is in habit of taking U-turns. “Why does the PTI worried by Murad Ali Shah?” he queried. He urged the PTI people to come out of the social media. “The PTI does not know how work is done,” he said. Murtaza Wahab claimed that the PTI government has been formed by borrowing lawmakers and even the party people are not happy with the government. He said that the Karachi economy is being destroyed.