PTI all set to show power in PML-N’s citadel 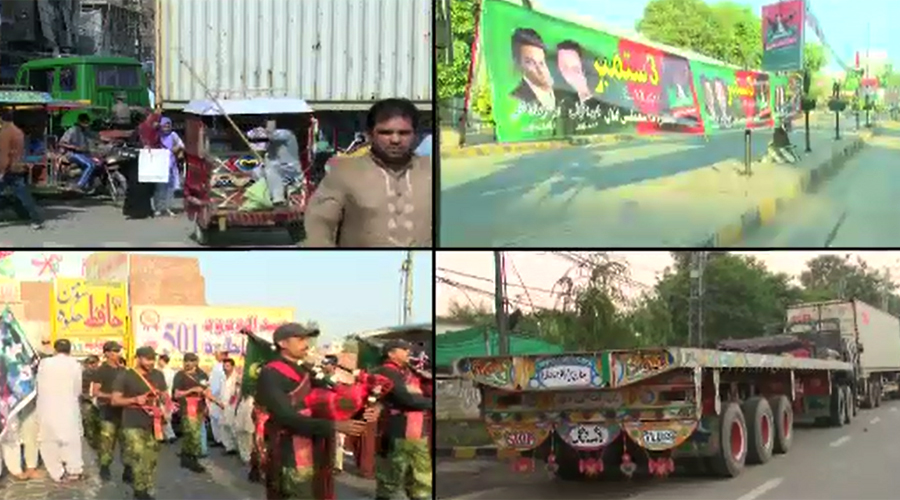 PTI all set to show power in PML-N’s citadel

LAHORE (92 News) – The Pakistan Tehreek-e-Insaf is all set to show its power in the citadel of the Pakistan Muslim League-Nawaz. Arrangements have been finalized to take out the Ihtesab Rally from Shahdara to Charing Cross. The PTI has made stringent security arrangements along the route. Nasir Bagh, Bhatti Chowk, Azadi Interchange and Shahdara have been sealed by placing containers. Imran Khan’s container having all facilities has reached Shahdara Chowk. Citizens are facing numerous problems due to the blockage of routes. PTI chairman Imran Khan has already reached Lahore on Friday night.