PTI should not get arrogant over ‘borrowed power’, says PPP leader 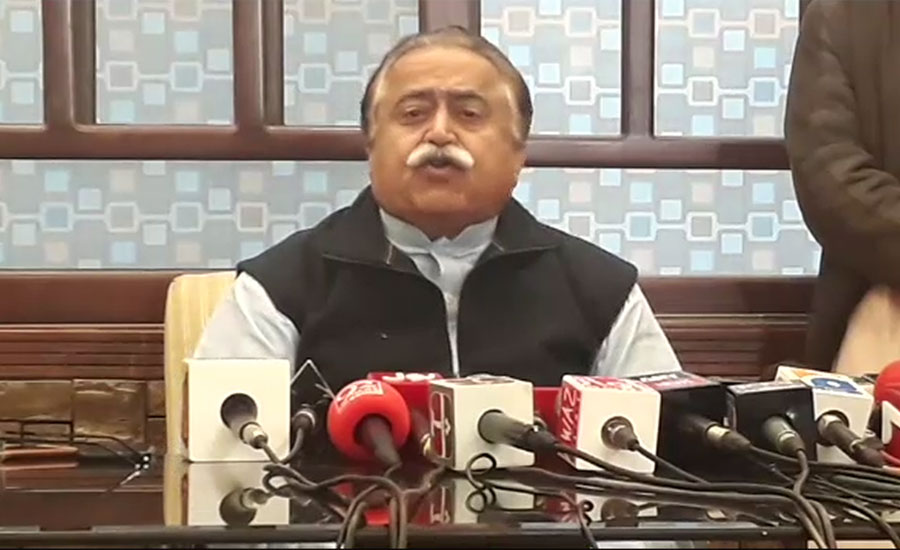 PTI should not get arrogant over ‘borrowed power’, says PPP leader

KARACHI (92 News) – Pakistan People’s Party (PPP) Senator Maula Bakhsh Chandio said that the Pakistan Tehreek-e-Insaf (PTI) should not get arrogant over ‘borrowed power’. Responding to the PTI’s reaction over JIT, the PPP leader warned PTI led government that the party is ready to counter any move against its government in Sindh. Maula Bakhsh Chandio said that the federal government is based on the majority of over six seats. He also said that they should care about own shaking government, adding that the PTI is diminishing and the PPP is emerging now. Meanwhile, Sindh Chief Minister Murad Ali Shah said that those dreaming of overthrowing their government lives in the fool’s paradise, adding that they should think about their ‘borrowed government’. Responding to those demanding Sindh Chief Minister Murad Ali Shah’s resignation, Pakistan Peoples’ Party (PPP) Senator Raza Rabbani said on Tuesday that the Khyber Pakhtunkhwa chief minister should resign first. Speaking to the journalists in the Parliament House, the senator termed the 18th amendment a source of ‘corruption’ saying it was tantamount to ridiculing the parliament and its units. https://92newshd.tv/kp-cm-should-resign-first-after-talk-about-sindh-cm-raza-rabbani/#.XCupmGlS8dU He further said that democratic steps were being made fun of.