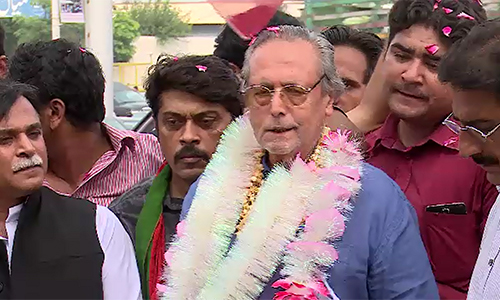 LAHORE (92 News) – PTI suspended leader Justice (retd) Wajihuddin has launched a movement for reform within the party. Talking to the media after reaching Lahore from Islamabad on Wednesday, he said that he would not leave the PTI. “Presently a conflict is going on in the party between ideological people and people making a ‘Qabza group’ in the party on the basis of money, but ideological people will win at last,” he said. Justice (retd) Wajihuddin said that he would announce his future course of on August 14. He said that Imran Khan is presently not an elected chairman, but the election tribunal had given him the designation for administrative powers. He said that Imran Khan is forced to go with the Qabza Group to save the party. “Imran Khan has not made the party a balanced one. The Qabza Group wants to expel the ideological people from the party,” he maintained.