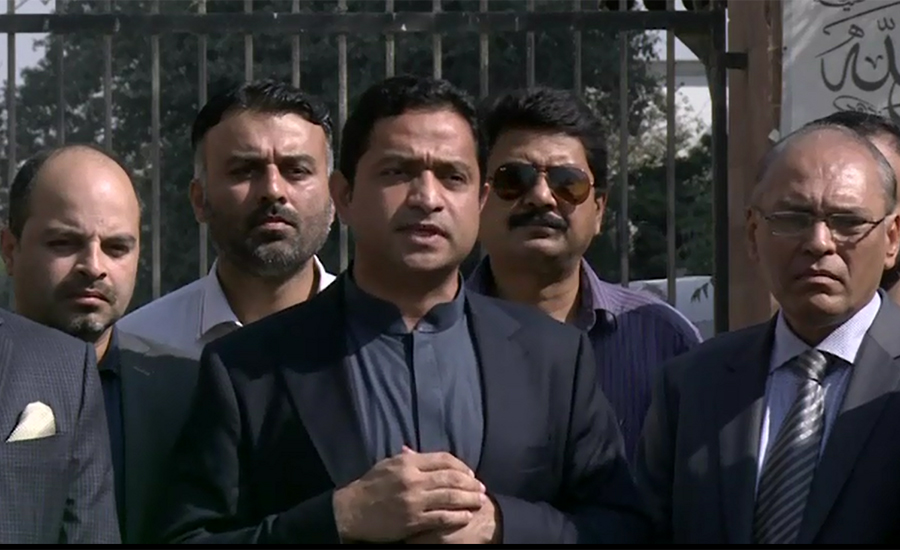 KARACHI (92 News) – PTI’s Khurram Sher Zaman has withdrawn the application from the Election Commission of Pakistan seeking disqualification of former president Asif Zardari. The ECP had to decide the maintainability of the application for disqualification of Asif Zardari today. In a written application, Khurram Sher Zaman said that he had obtained such evidence on which he wanted to take the matter to the Supreme Court of Pakistan. Talking to the media after withdrawing the application, he said that Asif Zardari would not spare as it was the biggest scandal after the Panama case. “We cannot prolong the matter for years and taking it to the apex court,” he maintained. A four-member bench headed by Abdul Ghafar Soomro had to hear the plea. The PTI leader had filed a petition against Asif Zardari for concealing his flats in the US. The plea maintains that the former president was elected from NA-213. It stated that Asif Zardari had not mentioned his flat in the US in his assets. “After concealing the assets, Asif Zardari has not remained ‘Sadiq’ and ‘Amin’,” it said. The application was earlier addressed to the Election Commissioner. After the change, the reference was written to the Sindh Election Commission secretary. The application contains proofs of Asif Zardari’s ownership of a flat in the US.