LAHORE (92 News) – The workers of Pakistan Muslim League-Nawaz (PMLN) and Pakistan Tehreek-e-Insaf (PTI)  encountered a clash in Township area of Lahore over a workers convention of PTI after which the owner of marriage hall, where the convention was to be held, left after putting a lock on the hall’s gate. 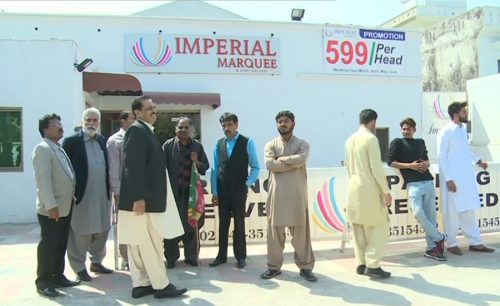 At this, the PTI workers protested and alleged that the marriage hall owner canceled the booking due to the pressure of PMLN. Opposition leader in Punjab Assembly Mian Mehmood-ur-Rasheed has now announced to hold the program on the road. The PTI leader said that the entire nation knows who left the country after looting money. Rasheed said that the PTI’s popularity is increasing. Township’s Ghausia Chowk remained a battlefield for hours after the workers both the parties beat each other on Saturday. The enraged workers also threw stones at each other while police was not present at the scene. 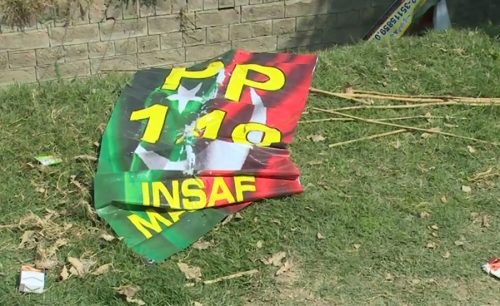 The fight happened as the authorities allowed the PTI to hold a workers convention near PMLN’s office in the area.