PTI files reference against PM & his family; workers scuffle with each other 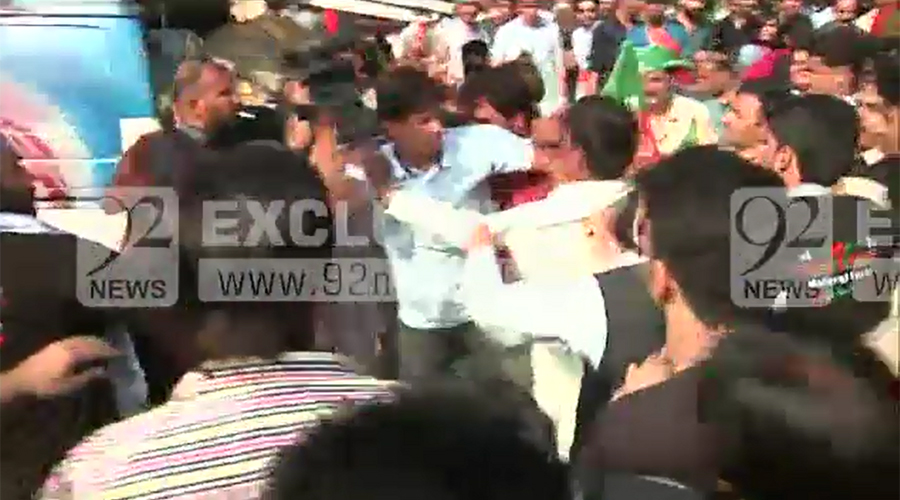 PTI files reference against PM & his family; workers scuffle with each other

ISLAMABAD (92 News) – The Pakistan Tehreek-e-Insaf has filed a reference with the NAB against Prime Minister Nawaz Sharif and his family and Finance Minister Ishaq Dar. In the reference, the PTI has demanded investigations against Prime Minister Nawaz Sharif, his two sons and a daughter and Ishaq Dar over the Panama Leaks issue, their secret assets and offshore companies. Earlier, PTI workers led by Additional Secretary General Saifullah Khan Niazi marched towards the National Accountability Bureau (NAB) Headquarters. The workers quarreled with each other with kicks and fists. They also beat up journalists. Ali Awan, Raja Khurram Nawaz and a large number of workers also participated in the march. The workers were carrying placards and banners inscribed with slogans against the government. Meanwhile, PTI chairman Imran Khan has apologized to the mediamen for torture by workers. He said that they would take action against the attackers.