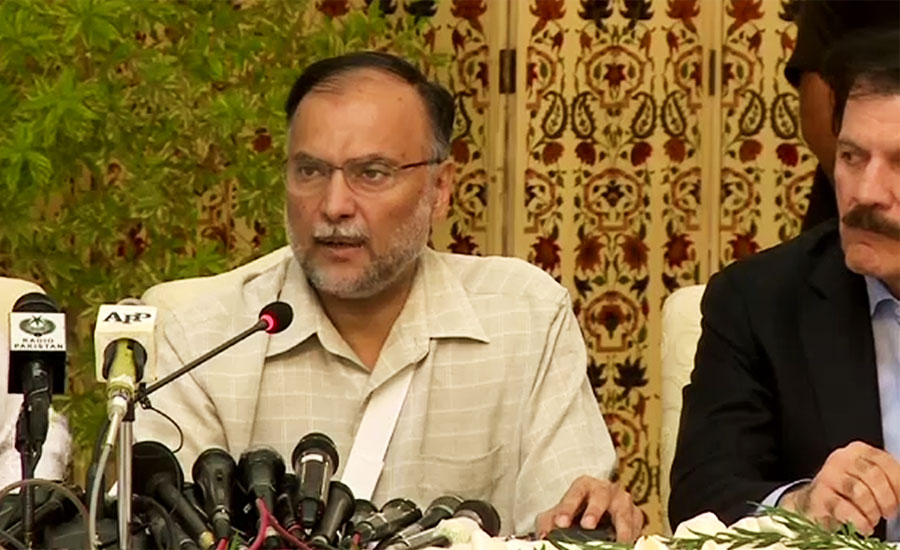 ISLAMABAD (92 News) – Responding to the Pakistan e Tehreek Insaf’s (PTI) 100-day plan, Minister for Interior Ahsan Iqbal said that PTI’s 100-day plan is also just eyewash like 90–day plan. Addressing the press conference, the interior minister said that the Pakistani politics has no lack of tricksters, saying that PTI’s 100-day plan is just mocking the people. He said that Imran had also presented a 90-day plan for Khyber Pakhtunkhwa in 2013 but the plan never materialized. Lashing out at PTI chief, Ahsan said that Imran did nothing practically instead of speeches. The PTI did nothing in KP in the last five years, adding that the progress of five years is zero in KP. He further said that Imran’s 100-day plan not based on reality and is incoherent and incomplete. He claimed that the Pakistan Muslim League-N fulfilled all the commitments during his tenure.