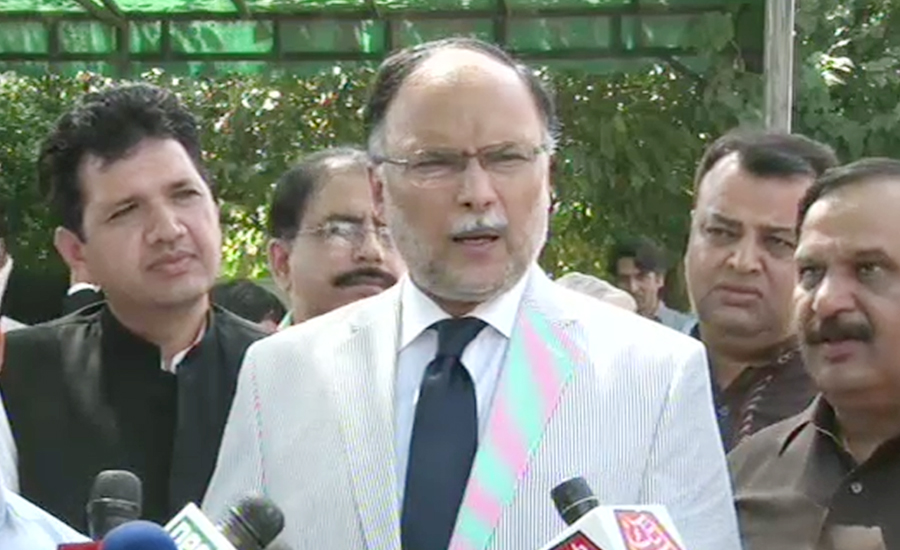 ISLAMABAD (92 News) – Pakistan Muslim League-N (PML-N) leader Ahsan Iqbal on Tuesday said that the Pakistan Tehreek-e-Insaf’s (PTI) 100 days have become 100 lashes for the general public. Speaking to the journalists outside the National Assembly, Ahsan Iqbal claimed that the PTI’s every member of the assembly was given 10 billion rupees. Lashing out at the PTI government over the transfer of Islamabad Inspector General of Police (IGP) Jan Muhammad, the PML-N leader said that the ‘friends of Imran Khan club’ are ruling the country. “The transfer of the IGP over a cow is a joke,” he said. Ahsan said that the government’s policies are a burden on the people, adding that the PTI’s 100-days have become 100 lashes for people. “The government adopted a transfer policy from DPOs to IGPs to fulfill its political agenda,” he added. Iqbal criticised the ‘non-serious’ attitude of PTI lawmakers and said, “They were each given Rs100 million but still did not attend the National Assembly session today.”