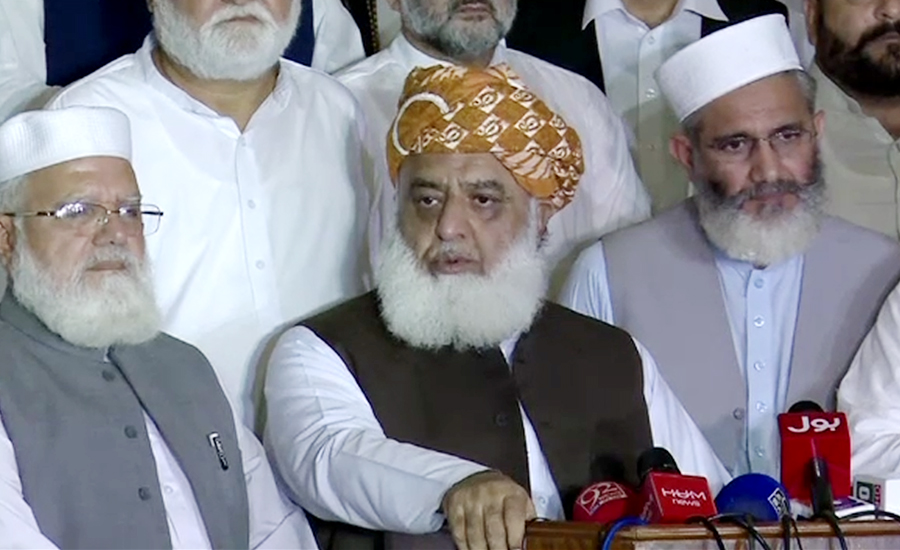 DERA ISMAIL KHAN (92 News) – MMA chief Maulana Fazlur Rahman has said that the public mandate was looted in the elections. Addressing a press conference on Thursday, he said that they will launch a movement for annulment of the elections. “We are not talking about opening a constituency. We do not accept the complete elections,” he said. He said that their target will be the forces who committed the crime while standing behind Imran Khan. “The worst rigging was committed in the history,” he added. The MMA chief said that the ECP had failed in conducting transparent elections. “ROs and DROs were helpless and the presiding officers were made hostage,” he said. He added that Form 45 were not given to the polling agents in each constituency. Fazlur Rahman said that he and Shehbaz Sharif will host the elections.