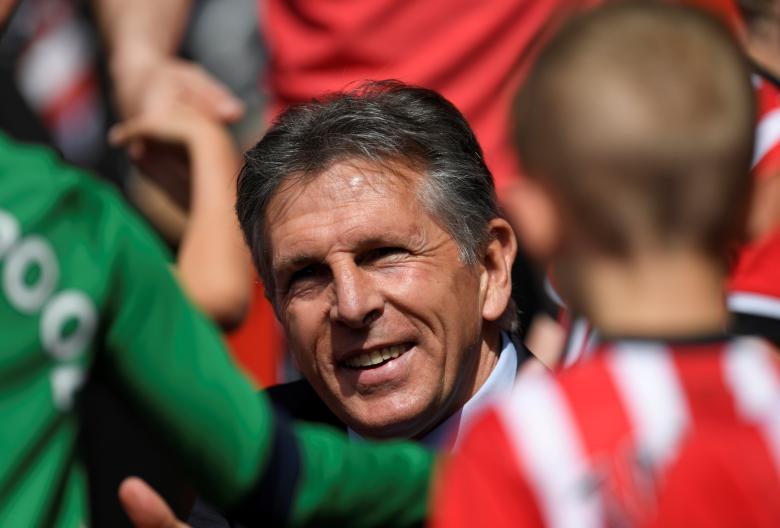 LONDON - Southampton manager Claude Puel is keen to focus on the positives of a challenging season after the under-fire Frenchman's side ended their Premier League campaign with a disappointing 1-0 home loss to Stoke City.

Southampton finished eighth in the league despite recording their lowest points tally in four years and lost out to Manchester United in the League Cup final in February after exiting the Europa League in the group stages.

Puel, who signed a three-year contract at Southampton at the start of the season, is set to meet with club director Les Reed next week for a performance review.

"No speculation about this (my future). I'm satisfied for this season because it was difficult," Puel told Sky Sports after the game.

"It was the first time we played all these European games, every three days, but these players gave their best all season.

"It (the Stoke defeat) was a little picture of the season, with many possibilities, many opportunities, without scoring. It was difficult. All my players tried to give their best today."

The side were booed after Sunday's loss and several supporters called for Puel to be sacked on a Facebook fan page, blaming him for the club's defensive playing style and lack of goals, but the Frenchman was unmoved.

"I want to say about all the positives this season," Puel added. "It was difficult with the injuries of (defender Virgil) Van Dijk, (striker Charlie) Austin, all these players. "It was the same all season... fantastic spirit and fantastic attitude from the players. To finish eighth with all the good teams in the first place of the table, it is a good thing." -Reuters