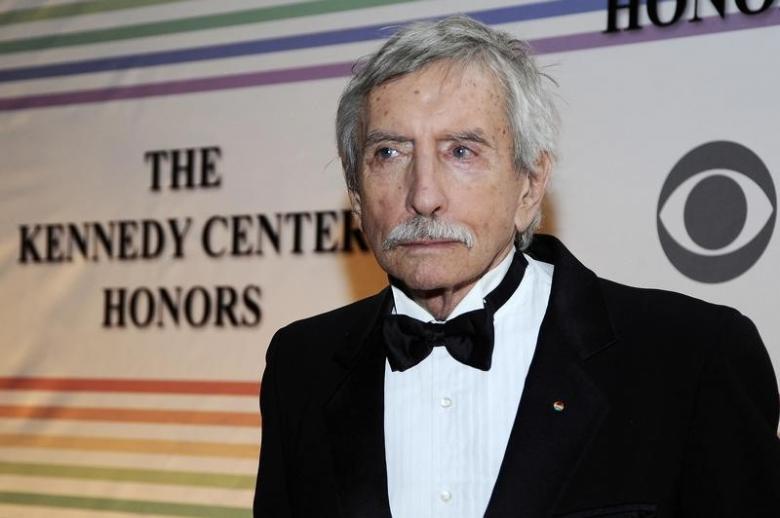 NEW YORK – Pulitzer Prize-winning playwright Edward Albee, whose provocative and often brutal look at American life in works such as "Who's Afraid of Virginia Woolf?" earned him a reputation as one of the greatest American dramatists, died on Friday in Montauk, New York. He was 88. He died in the late afternoon at his summer home in Montauk, a seaside fishing hamlet on the eastern tip of Long Island, after suffering a short illness to which he apparently succumbed, Albee's assistant, Jakob Holder, told Reuters. Holder said the playwright was not alone at the time of his death, but declined to furnish any further details. Albee once told the Paris Review that he decided at age 6 that he was a writer but chose to work in the format of plays after concluding he was not a very good poet or novelist. His works would eventually rank him alongside Tennessee Williams, Arthur Miller and Eugene O'Neill in American drama. Albee described a playwright as "someone who lets his guts hang out on the stage," and the innards of his own works included a powerful anger as he pushed themes such as alienation, resentment and the dark underside of life in the 1950s. In the preface to his play "American Dream," Albee described his approach as "an examination of the American Scene ... a condemnation of complacency, cruelty, emasculation, and vacuity ... a stand against the fiction that everything in this slipping land of ours is peachy-keen." The harsh humour and ferocity that prevailed in his more than 25 works long divided critics and audiences, earning Albee as much condemnation as praise. He always returned the volley of attacks, calling his critics fools and his Broadway audiences "placid cows." "Art should expand the boundaries of the form and, simultaneously, it should change our perceptions," he told his biographer. "I despise restful art." SNUBBED, THEN ACCLAIMED BY PULITZERS Albee made his name, and shocked audiences, when his scathing drama "Who's Afraid of Virginia Woolf?" opened on Broadway in 1962. Actors Arthur Hill and Uta Hagen starred as a married couple, George and Martha, who invite two friends over for an evening that deteriorates amid vitriol, drunkenness, profanity, emasculation, cruel mind games and physical abuse. Albee said he took the name for his best-known work from a bit of graffiti scrawled in soap on the mirror of one of his favourite Greenwich Village bars. The original production ran for 644 performances on Broadway. It went on to win a Tony Award for best play, spawned two successful Broadway revivals and was made into a popular movie in 1966 that featured Oscar-winning performances by Elizabeth Taylor, who starred opposite Richard Burton, and Sandy Dennis. Although the stage version was selected by a Pulitzer Prize jury for the 1963 drama award, the Pulitzer advisory board overruled the jurors because of the play's controversial nature. No drama prize was given that year, but Albee went on to win three Pulitzers, in 1967 for "A Delicate Balance," in 1975 for "Seascape," and in 1991 for "Three Tall Women." Albee also won a 2002 Tony for "The Goat or Who Is Sylvia," the story of an architect who falls in love with a goat, which marked Albee's return to Broadway after almost 20 years. In 2005 he received a lifetime achievement Tony. –Reuters