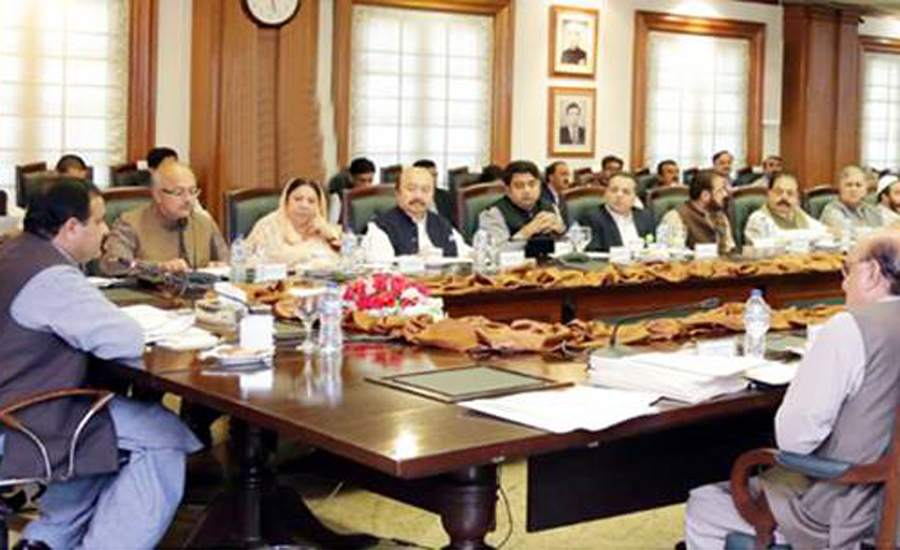 LAHORE (92 News) – The Punjab Cabinet meeting presided over the provincial by Chief Minister Sardar Usman Buzdar approved the Punjab Local Government Act 2019 on Friday. The meeting also approved the draft of Water Act 2019 through which a water resources commission will be established under the chair of the chief minister. This water resources commission will ensure getting the license for getting water. The chief minister directed to hold a survey for the redressal of damages occurred due to recent rains so that provision of financial aid could be decided. The cabinet meeting approved the appointment of the renowned banker Talib Rizvi as the new president of Bank of Punjab and an increase in salary of the engineering staff of the Irrigation Department was given the principle approval. The enhancement in salaries’ case will be presented before the cabinet committee on finance. Speaking on the occasion, Chief Minister Usman Buzdar said that more subsidies will be given, as compared to the past, to provide substantial relief to the common man and the whole team will be proactively engaged during Ramzanu -Mubarak. “The essential items will be available in Ramzan Bazaars at subsidized rates. Provincial ministers, advisers and special assistants should visit health, special education and other institutions so that these institutions could be further improved. Similarly, ministers and other representatives will also visit wheat procurement centers,” he added. The Punjab Witness Protection Act 2018 was also approved and a witness protection board would be constituted under this act. Meeting approved the release of Rs. 10 billion for the government guarantee and debt authority in favor of Punjab Thermal Power Pvt. Ltd. Amendment in Punjab Electronic Stamp Papers Rules 2016 was given approval as well. On the occasion, approval was accorded to give the status of tehsil Koh-e-Suleman to the tribal area of DG Khan and decision was also made to allocate five seats for the students belonging to the tribal areas of DG Khan and Rajanpur in Ghazi Medical College DG Khan. The meeting decided to close down South Punjab Forest Company. The meeting approved the appointment of the board of directors’ members of Parks & Horticulture Authority Faisalabad and reduced rates scheme under Punjab Sales Tax on Services Act 2012 was approved as well. The Punjab cabinet approved the establishment of the Punjab University of Technology at Rasool in Mandi Bahauddin. Similarly, amendment in the second schedule of services act 2012 of Punjab Sales Tax was approved along with the approval of the draft of water Act 2019. Under this act, a water resources commission will be set up with the Chief Minister as its chairman and pumping out of the water without a license would be banned. Punjab cabinet approved Punjab Local Government Act 2019, Punjab Medical Teaching Institutions Reforms Act, 2019 and Ramzan Package, 2019 through which 309 Ramzan Bazaars would be set up across the province and around two thousand dastar khawan would be arranged during the holy month of Ramzan-ul-Mubarak. Provincial ministers, advisors, special assistants, chief secretary, IG police and provincial secretaries attended the meeting.