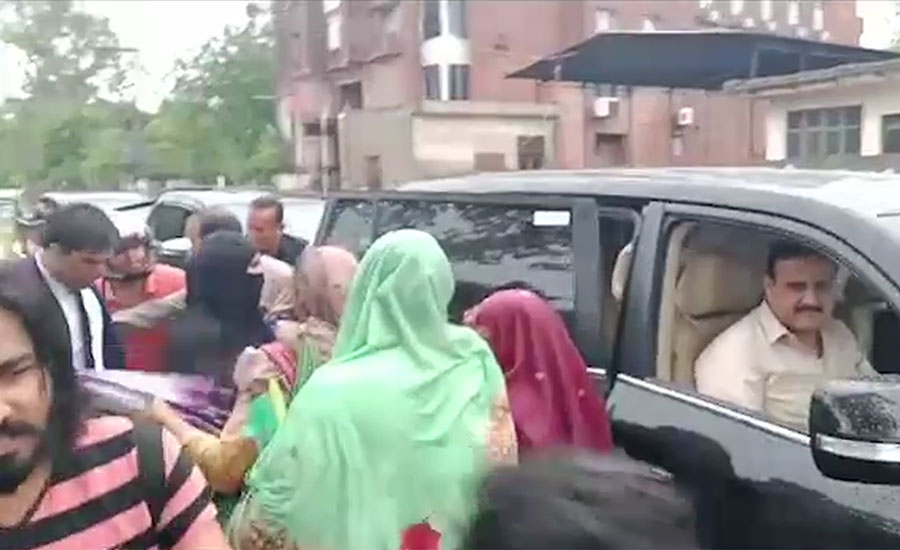 LAHORE (92 News) – Punjab Chief Minister Sardar Usman Buzdar visited different areas of the city during the incessant rain on Wednesday. He himself drove the car and reached Shimla Hills, Boharwala Chowk, the Mall Road, Montgomery Road, Lakshmi Chowk, GPO Chowk and other areas to review the situation after the rain. The CM offered his vehicle to women and children stuck in their vehicles due to severe traffic mess after the rain and shifted them to their respective places. He also reviewed the sanitation arrangements made by the officials to deal with the rain. He directed the district administration and WASA officials to monitor the operation to pump out accumulated water. Chief Minister Umsan Buzdar directed the officials to dispose of the water accumulated at different places at the earliest. He also ordered the officials to utilize all resources and machinery for the purpose. He asked the officials to be present in the field till completion of the work. The chief minister directed the traffic officials to ensure smooth flow of traffic during the rain. CM Sardar Usman Buzdar said that those claiming of making the city Paris had made no project to dispose of the rain water. “Those who launched the white-elephant like projects made no basic arrangement to pump out the accumulated water,” he said. He ordered immediate rederssal of the problems of the citizens. “I am from the masses and has activated the administration to redress the problems of the masses at the earliest,” he said. Dr Shahbaz Gill, spokesman for the chief minister, was also accompanying him.