The governor briefed the prime minister about the Europe visit. Chaudhary Sarwar said that the decision regarding extension in GSP Plus status will be in favour of Pakistan.

On the request of the Punjab governor, Prime Minister Imran Khan approved to grant the status of a university to University of Agriculture Toba Tek Singh sub-campus. He also directed the Punjab government to provide funds for the establishment of the university.

The Punjab governor thanked the prime minister for establishment of the university. 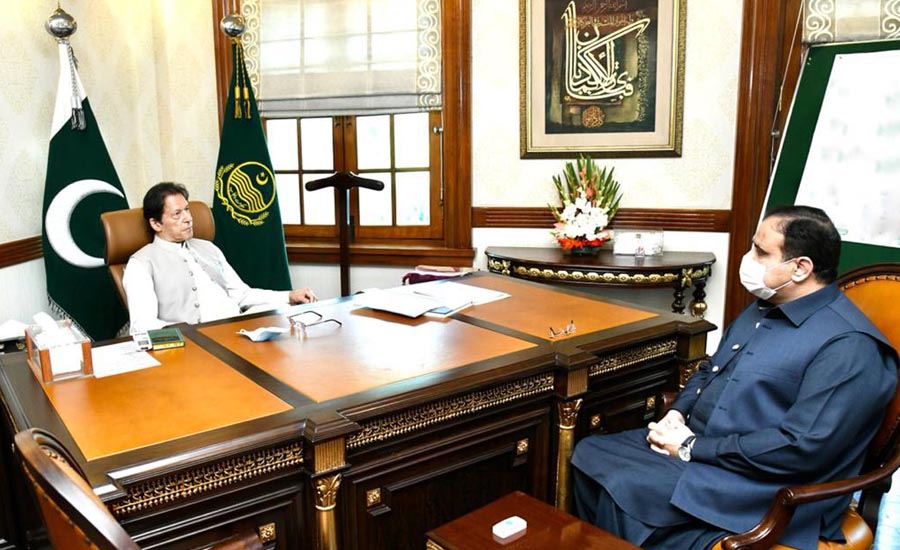 Punjab Chief Minister Sardar Usman Buzdar also held a one-on-one meeting with Prime Minister Imran Khan. The prime minister was briefed on various administrative and development issues of the province. Update on different ongoing development and public welfare schemes was also given. Moreover, the prime minister was apprised of various measures to control inflation and maintain law and order situation in the province.

Prime Minister Imran Khan said: "We are fully aware of the suffering of common man due to inflation. The government is working hard to provide maximum relief to people by taking sustainable steps. Price control committees have been mobilized at district and tehsil level to control inflation. Indiscriminate crackdown on profiteers and hoarders would continue.”

Moreover, the prime minister directed the authorities concerned to complete all ongoing development projects in Punjab within stipulated time frame to facilitate the masses. "Best quality of all public welfare projects must be ensured for the benefit of people. Law is equal for all. No effort would be spared to ensure rule of law.”