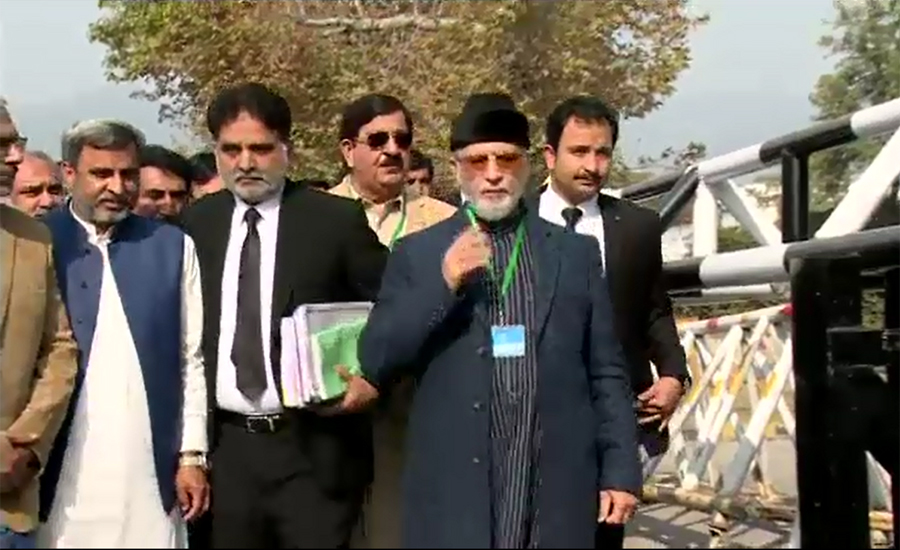 ISLAMABAD (92 News) – The Supreme Court of Pakistan disposed the petition after the Punjab government assured it of forming a new joint investigation team (JIT) over Model Town tragedy. Hearing the Pakistan Awami Tehreek’s (PAT) plea for forming a joint investigation team on Wednesday, the CJP remarked that the PAT had staged the sit-in, but did not approach courts. “The people met by you were not bigger than the court. Each work, including judicial, was paralyzed due to the sit-in. Those staging the sit-in hanged torn shirts at the court. Is it respect of the court? Judges’ passage was blocked,” he remarked. The CJP remarked that there can be no big witness other than the injured. Justice Asif Saeed Khosa remarked that all statements will be recorded again after making Mushtaq Sukhera an accused. PAT chief Dr Tahirul Qadri said that they had staged the sit-in in Islamabad when the case was not registered on court orders. “Talks continued for one and a half months in the sit-in. We wanted a JIT except from Punjab. The matter should be investigated even though the allegations are proved wrong,” he contended. Talking to the media outside court, PAT chairman Dr Tahirul Qadri said that justice prevailed and the voice of the oppressed was heard today. The five-member bench headed by CJP Mian Saqib heared the plea. The bench comprises of Justice Asif Saeed Khosa, Justice Azmat Saeed Sheikh, Justice Faisal Arab and Justice Mazhar Alam Miankhel. The court had issued notices to 146 people, including former premier Nawaz Sharif, former CM, Shehbaz Sharif, Ch Nisar Ali Khan, Abid Sher Ali, Rana Sanaullah and Pervaiz Rashid. The notice was also issued to PAT chief Allama Tahirul Qadri. The police had killed 14 of the PAT and injured 100 others in Model Town in June 2014.