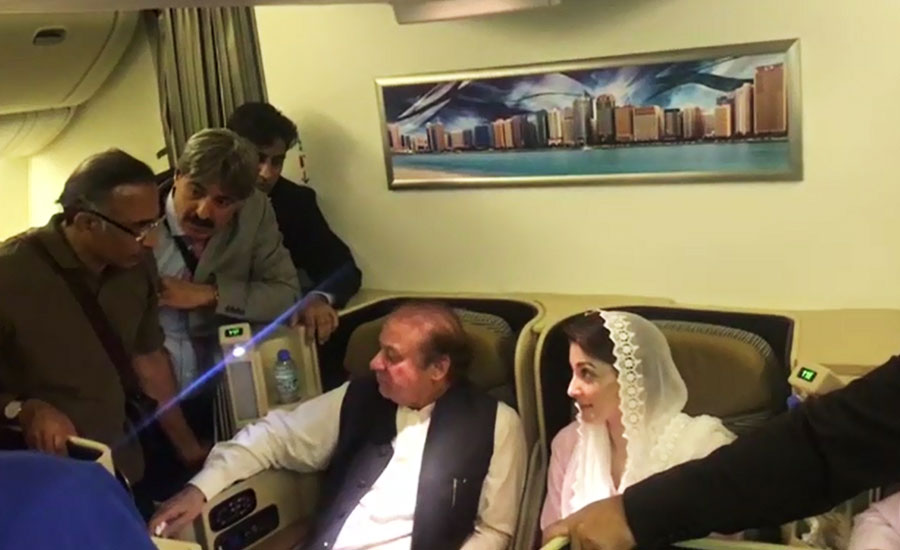 LAHORE (92 News) – The Punjab government has ordered to provide B Class facilities to Nawaz Sharif, who was convicted by an accountability court, in Adiala jail. A notification in this regard has been issued. The Punjab caretaker law minister said that facilities will be provided to Nawaz Sharif as per law. Earlier on Monday, PML-N President Shahbaz Sharif has written a letter to the government seeking better facilities for former prime minister Nawaz Sharif at Adiala Jail, Rawalpindi. In a letter to caretaker prime minister Justice (retd) Nasirul Mulk and Punjab caretaker chief minister Hasan Askari Rizvi drawing their attention to the ‘abysmal conditions’ under which Nawaz Sharif is languishing in jail. “During my visit and meeting along with other family members, I found Nawaz Sharif in a pathetic prison environment which is highly detrimental to his health and well-being. He was not even given newspaper to read, his bed was a mattress on the floor and washroom was not clean and there was no air-conditioner in the room. No attendant was there and the medical check-up facility was also not up to the mark,” he stated in the letter. He said: “Nawaz Sharif, a heart and diabetic patient, needs timely medicine and frequent visits to a doctor. His personal doctor who knows his medical condition well should be allowed to visit him twice a day.” Shahbaz Sharif regretted that Nawaz Sharif, a three-time prime minister, was being treated in such a “shabby manner. "This situation is unacceptable given the minimum facilities he is entitled to as a former premier. He must be provided with the aforementioned basic facilities at the earliest,” Shahbaz said.