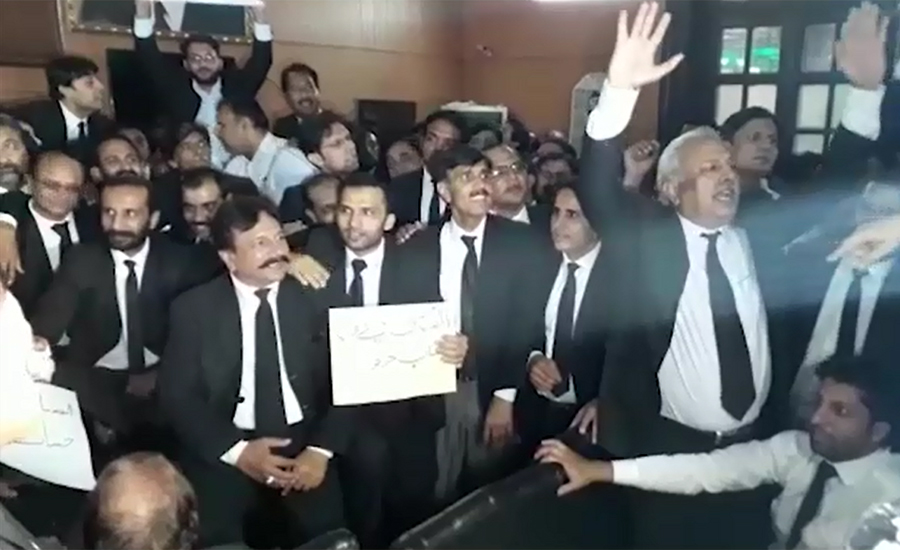 LAHORE (92 News) – The Punjab Bar Association (PbBA) and the Lahore Bar Association have distanced themselves from the June 14 strike. Addressing a joint press conference on Thursday, 10 members of the Punjab Bar Association rejected the call given by the lawyers’ organizations over the issue of a reference against the judges. They said that the strike is tantamount to exerting pressure on the Supreme Judicial Council. They demanded that the Supreme Judicial Council should decide on the references against judges. Meanwhile, the Lahore High Court Bar Association (LHCBA) also dissociated itself from the strike. The decision was made during the general house meeting of the LHCBA. LHCBA secretary Fayyaz Ahmed Ranjha presented the resolution. The ruckus ruled the session. The lawyers also chanted slogans against each other.