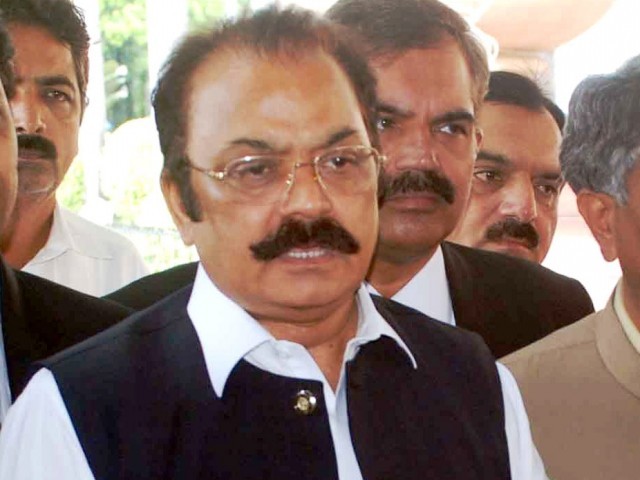 LAHORE (92 News) – Punjab Law Minister Rana Sanaullah has on Thursday while criticizing Syed Khurshid Shah said that whatever attitude Opposition Leader in National Assembly adopted is against his dignity and he must have kept the dignity of being Syed.

Talking to media outside Punjab Assembly, Rana Sanaullah said that the media is behind Pakistan People’s Party’s (PPP) hostile attitude, adding that the PPP should use appropriate words while criticizing government in front of media.

He said that the yesterday’s behavior of Khurshid Shah was shameful, adding that his media talk was based on conspiracy and mischief.