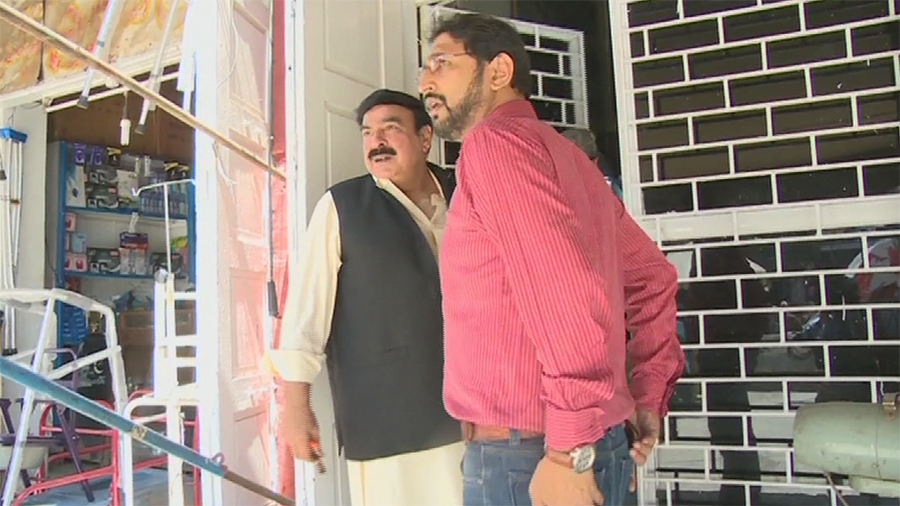 RAWALPINDI (92 News) – The police have removed containers from around Lal Haveli after the threat of Awami Muslim League chief Sheikh Rashid. Sheikh Rashid had asked the authorities to remove the containers within two hours. However, the containers have been removed within 15 minute of the threat. Police had placed containers around the Haveli. Talking to the media on Saturday, Sheikh Rashid Ahmed said that no one could stop the rally. He said that he would lead the rally against the government at all costs and the Punjab government will be responsible for any untoward incident.