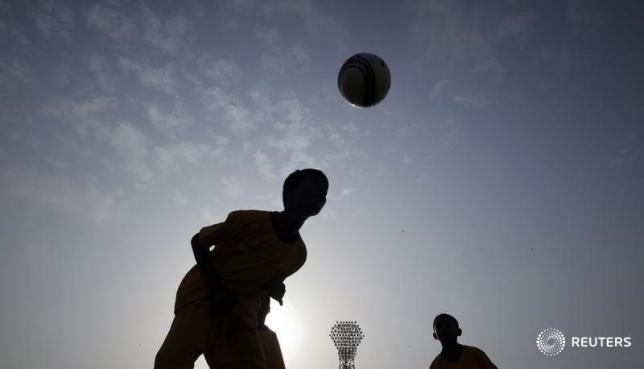 LAHORE - Sardar Naveed Haider was elected president of the Pakistan Football Federation' on Friday after a chaotic election which FIFA were dragged into and a government-backed candidate barred from. Haider told a newspaper that his phone line had been hacked and he had suffered threats if he did not withdraw from the race, was elected head of the Punjab Football Association until 2019 "with a majority", the PFF said in a brief statement. The election win for the PFF's marketing consultant was a win for PFF President Faisal Saleh Hayat, who is expected to face a strong challenge from another government-backed candidate for his position in July, possibly from Prime Minister Nawaz Sharif's son-in-law. Hayat, a member of the Asian Football Confederation's executive committee, was at the centre of the row after being accused of nepotism in the build-up to the vote by government-backed candidate Ali Haider Noor Niazi. Politician Noor, supported by former PFF Secretary Hafiz Salman, made the accusation before failing to have his ban from the vote overturned by the electoral committee, headed by FIFA and AFC disciplinary committee member Syed Nayyar Haider. A week ago Noor and his supporters had occupied the PFF House for two hours. "Faisal Saleh Hayat has appointed his brother-in-law as the election commissioner for the PFA elections which speaks volumes about favouritism and nepotism," Noor said earlier this month, also accusing Hayat of corruption. Hayat, who attempted to warn the government off in a series of Twitter posts about the likelihood of a FIFA ban, then hit out at Salman, who had helped him take control of the PFF in 2003. "Hafiz Salman is against me because I didn't help him in overturning the life ban imposed by FIFA on him some 14 years ago," Hayat told reporters this week. However, in a bizarre twist to the already sorry affair, the world governing body, who had been "monitoring" events, claimed to have no record of a ban for Salman. "They have been lying all these years that I've been banned," Salman told Dawn on Thursday, saying he had settled the case with FIFA in 1995 after former PFF President Mian Azhar attempted to have him banned. "They've used it as a tool to sideline me from the game which I love dearly." The venue for the election was switched only on Thursday from a Lahore hotel, which said their electricity supply was being suspended, to the PFF House and there was heavy security presence for Friday's vote, The News reported. Haider attempted to move on from the mess. "Whatever happened during the election was... bad, but its (in the) past now," he was quoted as saying. "We want to move ahead with positive approach and want just development and progress of football." Pakistan are ranked 172nd by FIFA and were knocked out last month by Yemen in the first round of the joint qualifiers for the 2018 World Cup and 2019 Asian Cup. - Reuters