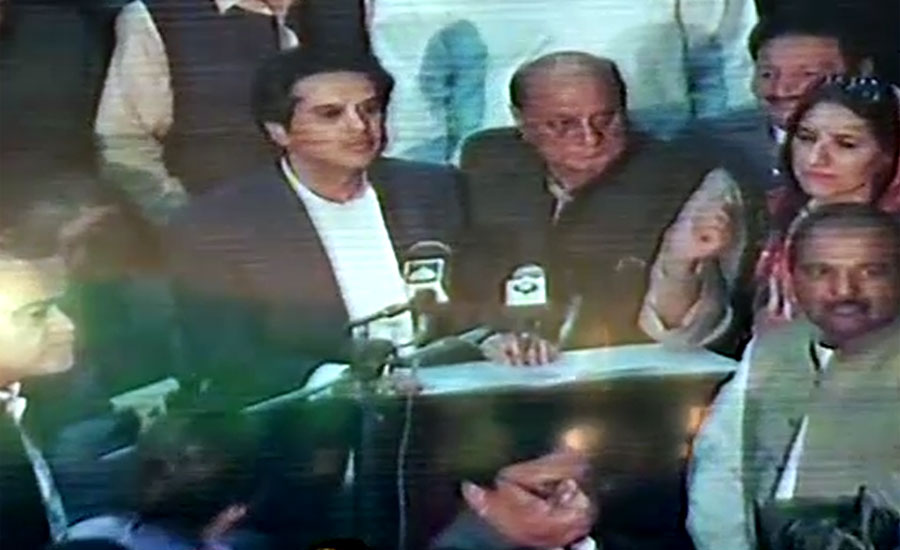 LAHORE (92 News) – Finance Minister Hashim Bakhat Jawan unveiled the Rs2,300 billion for the next fiscal year 2019-20 on Friday. Presenting the budget in the House, Finance Minister Hashim Jawan Bakht said that out of total volume, Rs350 billion has been reserved for development while Rs1,717 billion for non-development purposes. He said that an estimate of collections worth Rs1,990 billion has been ascertained for general revenue receipts. Punjab is expected to receive an amount of Rs1.460 trillion from federal government as its share from National Finance Commission Award. The opposition besieged the speaker’s dais and tore off the copies of the budget. The minister said that an amount of Rs437.10 billion is being allocated for the local governments. “An amount of Rs279 billion has been earmarked for mega projects.” The minister said that Rs40.76 billion for the Agriculture Department. An amount of Rs 60.5 billion has been allocated for the programs being run through foreign funds. After the budget speech, Speaker Ch Pervaiz Elahi postponed the session till 3pm on Monday. Punjab Chief Minister Sardar Usman Buzdar also participated in the budget session and congratulated Finance Minister Hashim Bakhat Jawan for presenting a balanced budget. Punjab Information Minister said that the provincial government had presented an excellent budget. “The hue and cry of the opposition cannot cover up corruption,” he said. Provincial ministers Taimoor Bhatti, Muhammad Rizwan, Asif Nakai and Malik Anwar congratulated the finance minister on presenting the budget.