Puppet alliances politics are being formed in country, says Bilawal 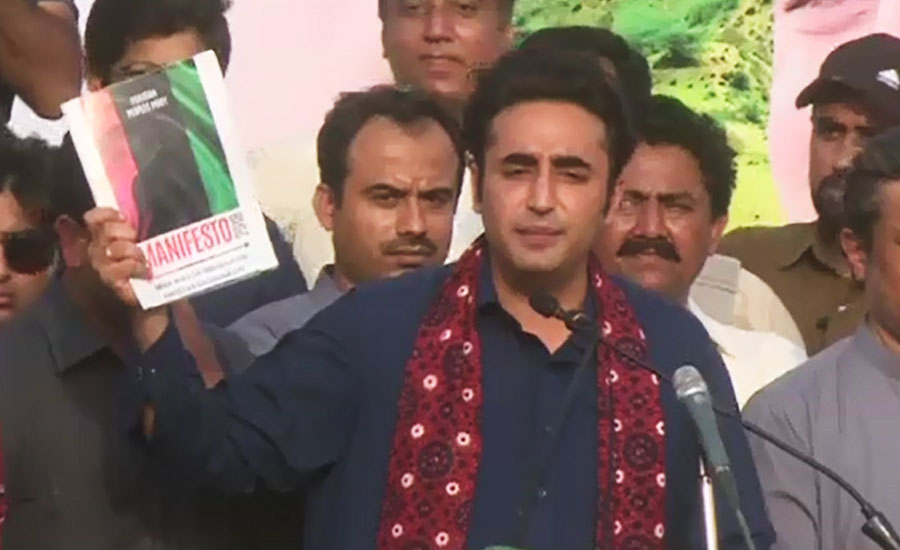 Puppet alliances politics are being formed in country, says Bilawal

THARPARKAR/ SARGODHA (92 News) – Pakistan People's Party (PPP) Chairman Bilawal Bhutto Zardari said on Saturday that Puppet alliances politics are being formed in the country. Addressing to the rally, the PPP chairman said that Puppet alliances are formed against the PPP but the nation has always rejected those alliance. He also said that the Sindhi people knew every conspiracy against democracy. Bilwal said that the PPP's successful rallies across the countries are a reply to all the forces who thought that PPP ended after the martyrdom of late Zulfikar Ali Bhutto and late Benazir Bhutto. ‘Our jiyalas are not scared of Pervez Musharraf or Zia,” he said, adding that the party supporters favour democracy. On Thursday, Bilawal had said that political opponent Imran Khan has zero chance of becoming the next prime minister. He also said that alliances have always been formed against the PPP but the party has persevered and will continue to fight. Addressing a rally in Sargodha, PML-N President Shehbaz Sharif said that liar Imran Khan ruined the Peshawar. He said that he could not see ‘Punjab getting ruined like Peshawar’. The former Punjab chief minister said that the contract for the Peshawar metro mass transit project was given to a black-listed company, which led to its ruin. He also said that the high court has given the orders to run a probe into the Peshawar metro project.