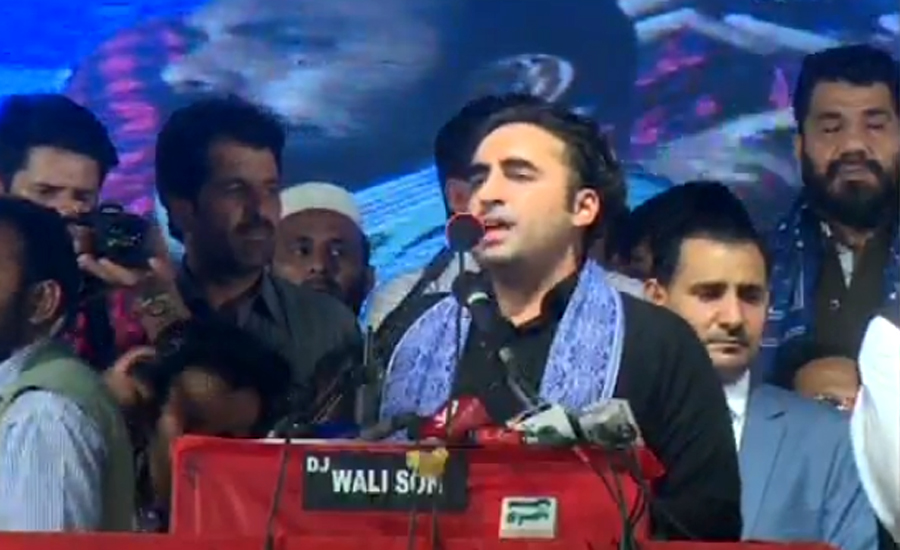 DERA GHAZI KHAN (92 News) – Pakistan Peoples’ Party Chairman Bilawal Bhutto Zardari said on Saturday said that the ‘puppet government’ mortgaged Pakistan to the International Monetary Fund (IMF).  Speaking in a public gathering, Prime Minister Imran Khan sold the country before IMF and his government’s recent budget has all for the rich and nothing for the poor while he accepted all their terms even before receiving the loan. Bilawal Bhutto said that a selected government is imposed on the people of Pakistan. “People from every sector are now screaming but Prime Minister Imran Khan doesn’t care,” he added. Referring to the elections of tribal areas, the PPP chairman suggested the people to vote for them if they accept inflation. “If the people want economic stability then vote for PPP,” he added. “Pakistan is drowned in inflation, farmers are in despairing condition, traders are upset, industries are closing down and everyone is just dying in this economy,” Bilawal said. He further mentioned that the finger of umpire runs in the cricket, while the public has authority in the elections.
A day earlier, Bilawal Bhutto Zardari  termed the current political situation in the country as a reversal of democracy.

Addressing a press conference in Peshawar, the PPP chairman said, “We are on a reverse course. Today, people and media do not have as much freedom as they did during the tenure of the PPP.”

Bilawal Bhutto also slammed the government for acting like an opposition. “Who will rule when both the government and the opposition are acting like the opposition?” he asked. The PPP chairman said that for the first time in the country’s history, elected governments and civilian parliaments completed their terms in the past 10 years, adding that it is believed that if the democratic transition is completed for a third time, then the anti-democratic forces and dictators would find it very difficult to attack democracy and become illegitimate leaders of the country again.